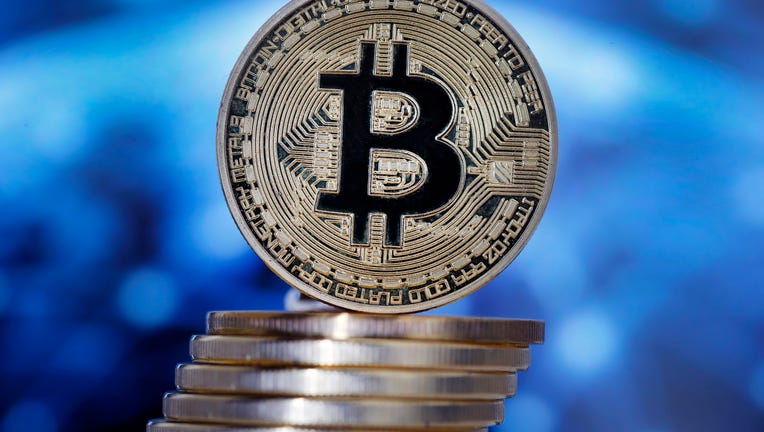 FILE PHOTO - In this photo illustration, a visual representation of the digital Cryptocurrency, Bitcoin is displayed on April 03, 2019 in Paris, France.(Photo by Chesnot/Getty Images)

SAN FRANCISCO - A San Francisco programmer has two guesses left to figure out a password to his digital wallet that contains $220 million worth of Bitcoin, part of an estimated $140 billion worth of tokens that are lost or inaccessible.

Stefan Thomas is locked out of his small hard drive that contains passwords to access 7,002 Bitcoins, as first reported by the New York Times. The cryptocurrency has seen a recent boom and rallied to a record high of $41,946 last week, up more than 50 percent from the record it set last month.

Bitcoin owners carry private keys that are required for moving or spending purposes. The decentralized, autonomous nature of Bitcoin is part of the appeal, but it also means there is no record of passwords or a company to help owners retrieve them if lost. Thomas said his device allows for 10 guesses and he has already used eight, a brutal reality that's translated to years of regret.

"I hope others can learn from my mistakes," the German-born programmer wrote on Twitter. "Test your backups regularly to make sure they are still working. An ounce of foresight could have prevented a decade of regret."

Thomas isn't the only one with stranded riches. Bitcoin blog Chainalysis estimates nearly 1 in 5 Bitcoins are permanently lost, which is valued at nearly $140 billion.

Thomas was given the 7,002 tokens in 2011 while living in Switzerland. A Bitcoin fan gave it to him for making an animated video called "What is Bitcoin." He told the Times he was initially drawn to the currency because it was not controlled by a country or company, though he now recognizes the perils of being your own bank.

"This whole idea of being your own bank -- let me put it this way: Do you make your own shows?" he said. "The reason we have banks is that we don’t want to deal with all those things banks do."