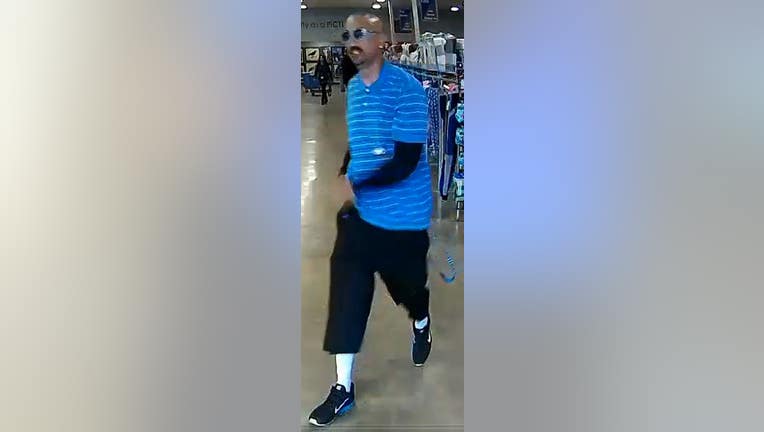 According to police, a man appeared to be walking out of the store at 845 First St. with someone else's 2-year-old child before the child's father confronted the man around 3:05 p.m.

The suspect apparently had tattoos on his neck and on the back of his head. He had on a blue polo shirt with thin horizontal stripes, long black shorts, black and white Nike shoes and white socks.

Police said the man was riding a blue bicycle that had a basket on the front.

The father and at least two of his children were shopping at the store when the father realized his 2-year-old was not with his siblings in the aisle.

Police said the father searched the store and found the suspect holding his son's hand. The father told police he heard the suspect say, "Let's go buddy" and the man appeared to be leading the boy to the front of the store.

Police said the suspect was aggressive outside of the store and yelled and hit the building before employees locked the front doors to keep the man out. The incident was reported to police on Sunday.