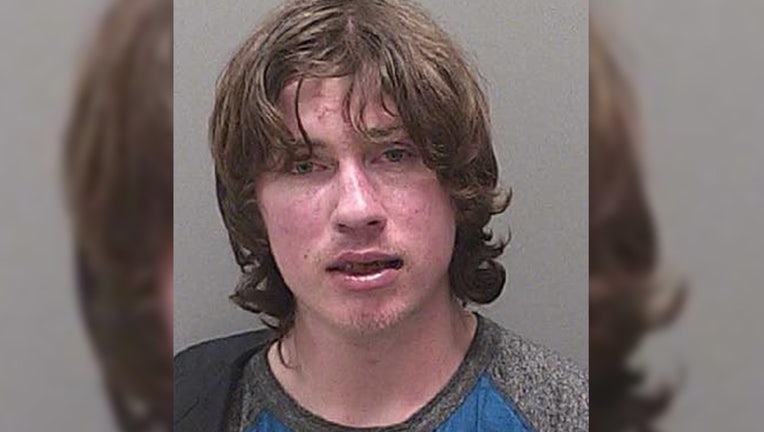 SPRINGFIELD, Ore. - A man was arrested on Thursday after police say he pulled down his mask inside an Oregon grocery store to kiss a baby girl he didn’t know while her mother was looking away. Police say the man fled the scene after kissing the child on the lips.

According to investigators, a police officer was flagged down by a father, who reported a stranger — later identified as Austin Blake Stewart — "had just pulled his face mask off, and kissed his daughter on the lips" inside the grocery store, located in Springfield.

The mother and father alerted the store’s staff and began searching for the suspect, but he left the scene.

During the investigation, the officer learned that while inside the store, the mother had her 1-year-old daughter in her shopping cart.

"While the mother glanced away for a brief moment, the suspect leaned down, removed his mask and kissed their daughter on the lips and then departed," officials wrote.

According to investigators, officers later found Stewart under a blanket on a nearby street.

The 24-year-old was arrested and taken to Springfield Municipal Jail. He has been charged with physical harassment and disorderly conduct.

According to police, the grocery store’s staff were helpful in alerting officers to the event and providing video footage to help identify the suspect.

This is the second incident involving crimes against children that the Springfield Police Department has responded to this week. The first incident was a kidnapping.