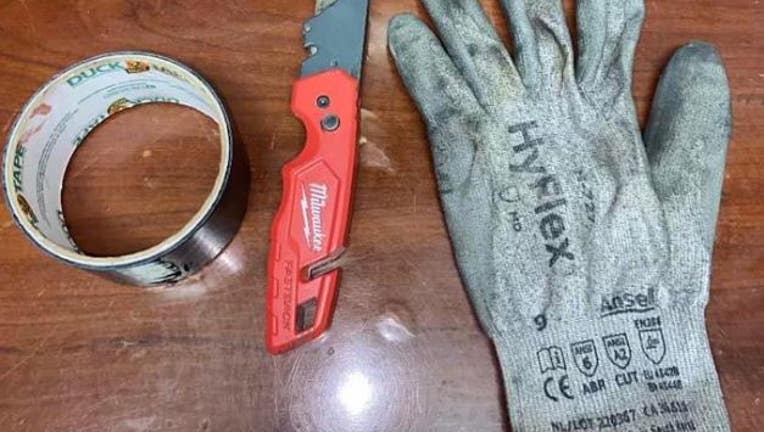 BENICIA, Calif. - A man was arrested early Sunday after Benicia police found him hiding with a knife in a woman's closet.

Timothy Allen Allison, 41, allegedly broke into the home located on the 1300 block of West K Street around 2:45 a.m., and hid in the victim's bedroom closet. He was found with a folding knife and duct tape, police said.

The woman had called police saying she heard noises coming from her bedroom, and waited outside until help arrived, according to officials.

When officers arrived they found Allison, and after a brief struggle, he was booked in Solano County jail for felony breaking and entering, loitering, and resisting arrest, police said. His vehicle was later found in the area, they said.

The woman was physically unharmed, but officials said they are providing as much support as possible after the traumatizing incident.

Officials did not say whether the victim knew the suspect. Details were not given as to how he entered her home.