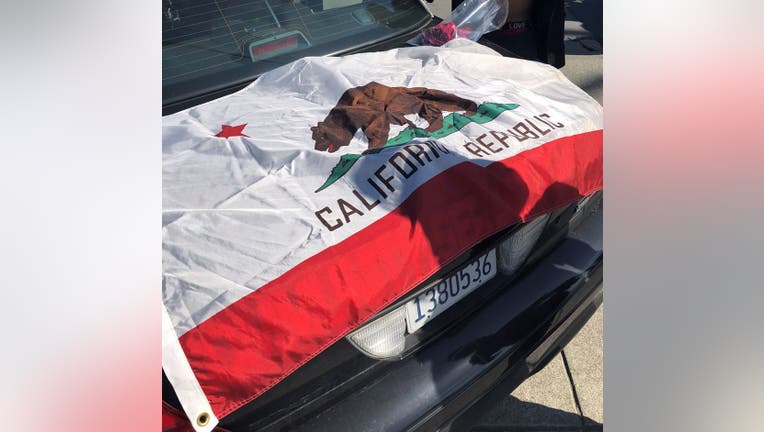 BRENTWOOD, Calif. - A mysterious caped caper led to jail for a suspect in a flag theft at the Brentwood Press newspaper office Wednesday.

A report on social media from the Brentwood Police Department told the tale of the arrest of 39-year-old Carlos Cervantes.

The suspect was seen snatching the California state flag flying above the newspaper's entrance at 248 Oak St. in downtown Brentwood.

With the help of witnesses, police patrolling nearby were able to locate Cervantes, who had ridden off on his bicycle with the flag tied around him like a cape.

The police Facebook posting thanked the help from citizens that lead to the caper's end in justice.

The newspaper did not reply to questions about the incident.