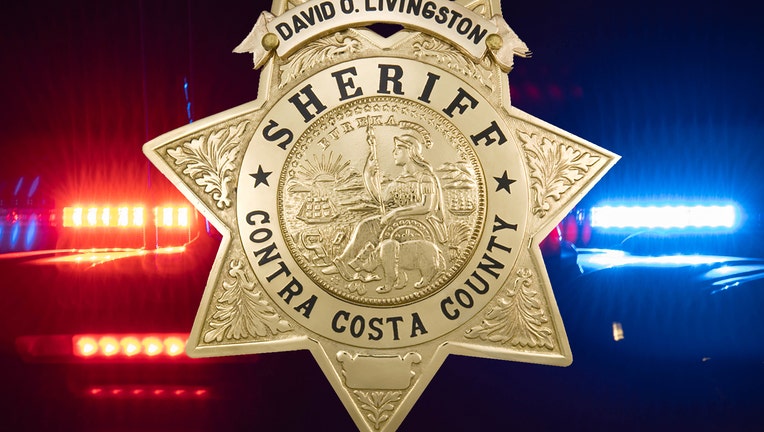 RODEO, Calif. - Authorities have arrested a man suspected in the shooting death of a man in Rodeo on Tuesday evening that led to a shelter-in-place order for nearby residents while the suspect was at large, according to the Contra Costa County Sheriff's Office.

Deputies were dispatched to a report of a shooting at 5:11 p.m. in the area of Mariposa Street between California Street and Dempsey Way. Upon arrival, deputies found a 25-year-old man suffering from a gunshot wound. Paramedics declared the man, Vinson Bragg, dead at the scene.

Another person at the scene had apparently suffered injuries from a fall and was transported to a hospital, according to the Sheriff's Office.

Authorities established a perimeter to try to locate the suspect. Residents in the area were told to shelter in place as deputies searched; they located the suspect, Joseph Gladney, 23, hiding in the backyard of a nearby home and he was taken into custody, sheriff's officials said.

Gladney was booked into the Martinez Detention Facility on suspicion of murder and attempted murder, with bail set at $2 million.

Homicide detectives are continuing to investigate this case. Anyone with information on this homicide is asked to contact the Sheriff's Office investigation division at (925) 313-2600 or through dispatch at (925) 646-2441. Tips can also be emailed to ]tips@cccounty.us.