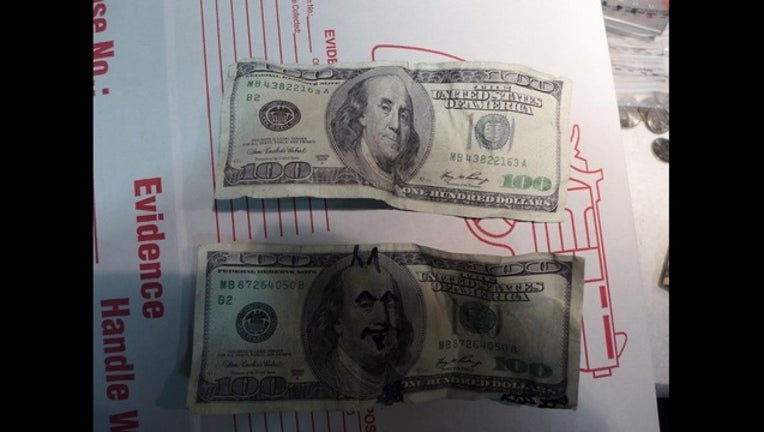 Officers went to a liquor store in the 3000 block of Bridgeway at about 7 p.m., where the clerk said a man tried to pass two counterfeit bills, according to Sausalito police Lt. Bill Fraass. The clerk recognized the man, whom police said had successfully passed a counterfeit $100 bill at the same store a few weeks earlier.

The man and the clerk got into an argument, and the clerk seized both the bill and the man's cellphone. The man fled the store, with the clerk chasing him, threatening to hit him with a liquor bottle. The man climbed into the passenger seat of a Jeep with Texas plates, which then drove off.

Kevin Dean was arrested and booked into Marin County Jail on suspicion of being a felon in possession of a firearm, possession of ammunition by a "prohibited" person, forgery and possession of burglary
tools. The Jeep's driver was not arrested.