ANTIOCH, Calif. - Antioch police say a man having an apparent mental health crisis died in a struggle with police after he was tased in a roadway early Wednesday morning just after midnight.

Chief Brooks said officers received a 911 call from a man who  was rambling incoherently and that another man could be heard in the background. Police said the two men were arguing about the possession over a phone. Police said a physical struggle then ensued.

At that point dispatch received a notification from a Lyft driver who had activated an alert about a man trying to take his cell phone and who then fled the driver's car.

When two officers arrived, they said they had limited information, but when the Lyft driver called a second time, they received a specific location.

Officers said the man involved in the struggle, who allegedly tried to take the driver's phone, appeared paranoid and did not believe the arriving officers were police, even though the chief said they arrived in marked vehicles.

The chief said the officers attempted to deescalate the situation and employed crisis negotiation tactics, but the man ran into oncoming traffic. 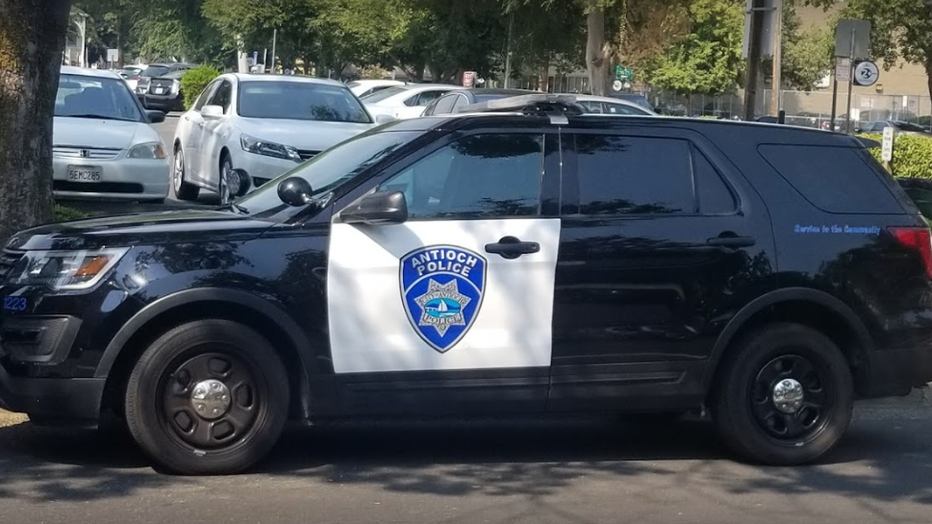 Police said the man attempted to enter a car stopped at a red light, by banging on the door and yelling to be let inside. When the man was nearly struck by several vehicles, officers decided he was a threat to himself and others, including the involved officers.

Officers made an attempt to detain the man, who at one point lost his footing and fell to the ground. Chief Brooks said a struggle ensued and that the man displayed, "extraordinary strength."

A third officer arrived and deployed his Taser. When they handcuffed the man, police said he lost consciousness. They tried life-saving measures and administered two doses of NARCAN, which is used to treat opioid overdoses.

The chief explicitly said no knee or limb was applied to the man’s neck, no impact weapon strikes were used and no pepper spray or carotid restraint were used during this incident. The man was later pronounced dead at a local hospital.

Mayor Thorpe said the Contra Costa County district attorney's office is taking the lead in the investigation of this incident. The chief said there will be an independent third-party investigating this incident and that officers will be held accountable if officers acted unlawfully.

Chief Brooks was unable to disclose the name of the man who died, pending next of kin notification. He did disclose that he was a 33-year-old Hispanic male and that he was not sure where he had lived.

The police involved are on paid administrative leave.

The department does not have police-worn body cameras. The mayor said this is a police reform measure he is looking to expedite with the city council and that they had discussed using body cameras earlier this week. Chief Brooks said he supports body cameras.