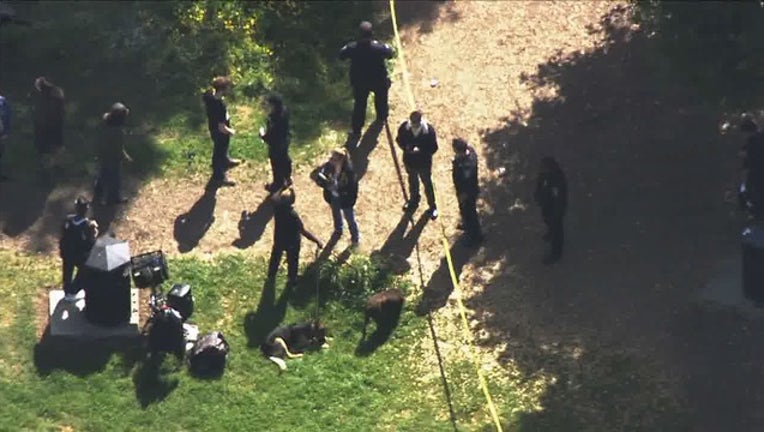 A suspect is at large following a shooting Friday afternoon in People's Park in Berkeley, University of California police said.

The suspect remains at large after fleeing in a car, police said.

Officers arrived at the scene of 2556 Haste Street at 2:40 p.m. to investigate the shooting. Officers discovered a man was shot by a male suspect. The victim was taken to a local hospital where he later died.

Officials said neither the victim nor the gunman are affiliated with the campus, although the park is on campus property.

Police did not give a suspect description nor did they release any information about the vehicle he allegedly fled in.

Police believe the shooting was not a random act and are asking anyone with any information about the incident to contact the police.