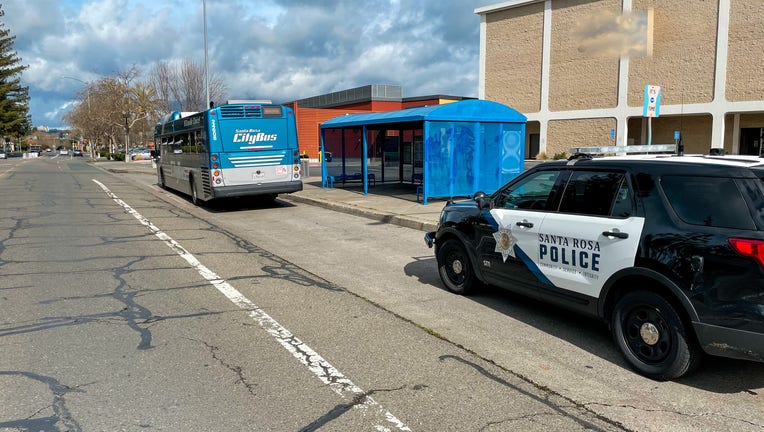 SANTA ROSA, Calif. - A man was shot in the arm at a bus stop in Santa Rosa Monday morning, police said.

Officers were sent at 8:32 a.m. to the 1000 block of Guerneville Road who had walked there for safety following the shooting.

The man's injuries were not life-threatening, according to police.

The victim told police he was sitting at a bus stop on Range Avenue south of Guerneville Road when the suspect approached, tried to start a conversation, and then pulled out a gun and shot him.

The suspect ran off and officers were unable to find him, police said. The victim called 911 right after the shooting.

Police described the suspect as a Black man, early- to mid-40s, 5 feet 8 inches and 5 feet 10 inches tall with short black hair. He weighed about 200 pounds

Santa Rosa police Sgt. Christopher Mahurin said police don't know the motive or if the two people knew each other.

Officers are investigating. Anyone with information is asked to provide it through www.SRCity.org/CrimeTips.

The Sonoma County Alliance Community Engagement and Safety Rewards Fund is offering a reward of up to $2,500 for information leading to the arrest of the suspect or suspects in the shooting.