A man and a woman are in custody as San Mateo police investigate a shooting in a store parking lot Monday afternoon that left one person injured. The suspects led police on a chase that crossed the Bay before ending in a crash in Fremont.

SAN MATEO, Calif. (KTVU) - The suspect who shot a man outside a market in San Mateo on Tuesday was upset after the victim backed out of a marijuana deal, authorities said.

According to the San Mateo County District Attorney's Office, Jose Longino, 21, shot the male victim in the leg in the parking lot of La Hacienda Market at 201 N Amphlett Boulevard after he reneged on buying a half-pound of marijuana for $700 from him.

Witnesses said the victim drove away from the scene in a blue BMW SUV, but stopped a block away at North Idaho Street and Tilton Avenue, where he flagged down police.

The victim was taken to a local hospital and listed in stable condition. He's expected to recover from his injuries.

Longino fled the scene with 19-year-old Diana Juarez in a Jeep. 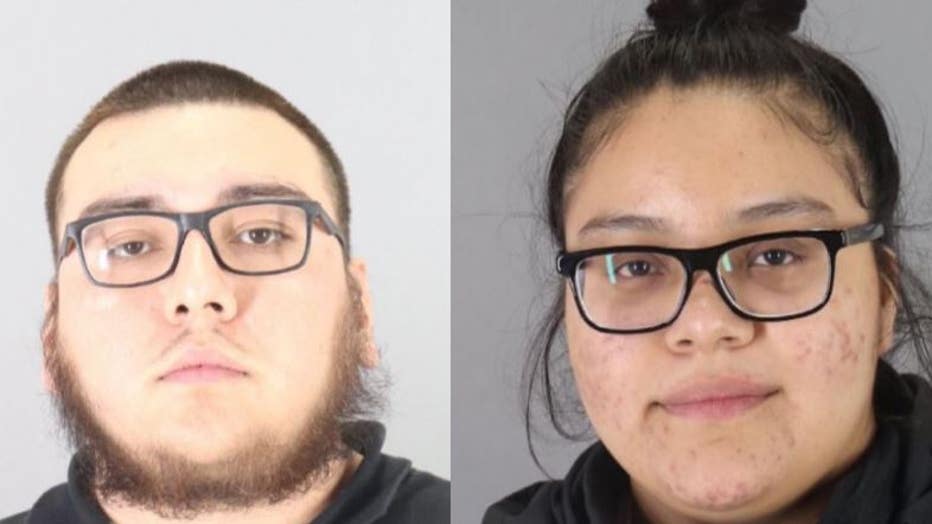 Jose Longino and Dania Juarez arrested in connection with shooting in San Mateo on Tuesday.

A witness who had been listening to the police scanner spotted the suspect vehicle and alerted police.

East Palo Alto officers saw the suspect vehicle and chased them down.

Longino ended up taking the Thornton Avenue exit in Fremont.

A Fremont officer saw the chase and followed along as backup.

They saw Juarez exit the suspect vehicle at Thornton Ave. and Dondero.
Then Longino went east before crashing at the corner of Thornton and Post Street near a hardware store. Fremont police said he bailed the vehicle on foot after the crash and was arrested.

Juarez was able to get away, but community cameras in Fremont captured her fleeing the scene and officers used that footage to track her down and make an arrest.