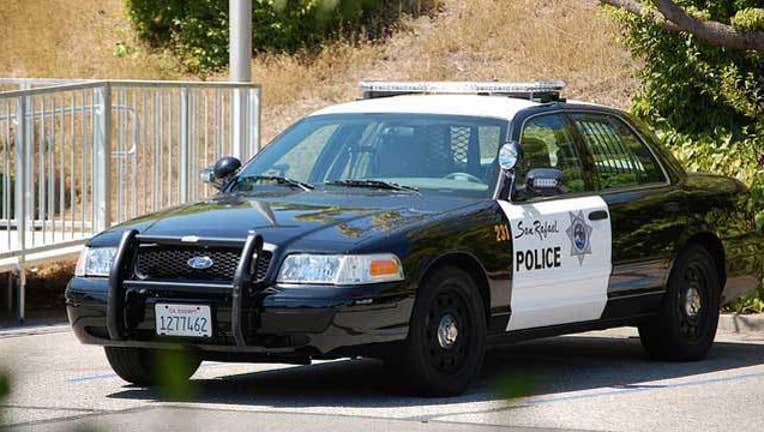 SAN RAFAEL, Calif. (KTVU & Wires) -- A man has sexually assaulted two women in the past five months who were pushing their babies in a stroller on a path in San Rafael, police said Thursday.

Neither of the women wanted to inform police about the assaults, but they spoke to an employee of the Marin County Department of Health and Human Services, Fink said.

A woman was pushing her 1-year-old baby in a stroller on the path three months ago when a Hispanic male approached her and pushed her face down into the bushes, Fink said.

The suspect, dressed all in black, placed the woman's hand on a handgun in his waistband and told her he would hurt her baby if she screamed, Fink said. He then sexually assaulted the woman and fled.

The woman told a HHS employee, who relayed the information to police.

The victim five months ago approached the same HHS employee during a class she attended and gave a similar account of a sexual assault, Fink said. The HHS employee also notified police.

The woman said she was pushing her 18-month-old baby in a stroller on the same path when a Hispanic male wearing a black-hooded sweatshirt knocked her down into the bushes, Fink said. The woman said the suspect told her he would hurt her baby if she screamed, then sexually assaulted her and fled.

Police are warning the public that there may be a serious sexual offender in that area and are advising women to be alert and call 911 if they see any suspicious activity.

Any other victims of a similar sexual assault are asked to contact their local law enforcement agency. They may be given confidentiality because of the nature of the crime, Fink said.

"We hope there are no more victims, but if so, come forward," he said.

Anyone with information about the two assaults is asked to contact San Rafael police at (415) 485-3000 or Crime Stoppers at (800) 222-TIPS, which accommodates all languages. Callers may remain anonymous and possibly earn a reward, Fink said.

Fink said police learned of the two assaults five days ago and that one of the victims is contemplating coming forward to assist with the investigation.

Police are assigning extra foot and motor patrols to the area and are talking to people along the path, Fink said.