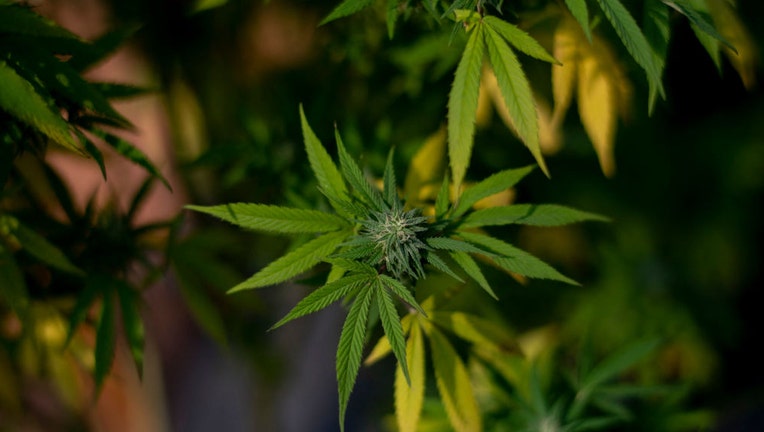 FILE-Image of cannabis plants at facility. (Photo by MAURO PIMENTEL/AFP via Getty Images)

Quest Diagnostics, one of the nation's largest drug testing laboratories, reported that employees testing positive for marijuana spiked across all job industries from 2017 to 2021. Food service jobs had the highest number of positive marijuana drug tests at 7.5%.

Dr. Barry Sample, the director of science and technology at Quest Diagnostics, is a member of the data collection for the report.

"We have been publishing the data of our drug testing going back over 30 years to 1988. These are the results of drug testing and how it evolved," Sample said. "We added industry data five years ago for what we are reporting."

Quest Diagnostics gathered data from three categories of employees who were drug tested: federal-mandated employees, safety-sensitive workers, and employees in the general workforce.

Federally mandated and safety-sensitive workers are characterized as pilots, bus and truck drivers, and workers in nuclear power plants, for whom routine drug testing is required by government agencies, according to Sample.

RELATED: Amazon says it will no longer test jobseekers for marijuana use

According to the report, positive drug tests for cocaine and marijuana increased for federally mandated and safety-sensitive employees required to get tested under federal law.

Post-accident drug tests are tests performed by employers to test an employee involved in an accident in the workplace.

Sample cited several factors related to higher positivity rates of marijuana drug tests for employees, including the legalization of marijuana in multiple states and changing attitudes among society toward pot use.

"If the employers aren’t testing for marijuana, it won’t show up in our data. I think more states are allowing more recreational use of marijuana," Sample said. "Society's attitudes are evolving toward marijuana and more states are legalizing it. Marijuana can have safety impacts. No drug test will inform us of how frequently a person has used marijuana, it just shows that they have used it sometime in the past."

Sample said companies should look at their workforce and create drug policies to the specific job functions and responsibilities adding that he doesn’t believe there is a "one-size fits all approach."

In March 2021, a California assemblyman introduced a bill in the state legislature to end common pre-employment drug screenings for marijuana.

Assemblyman Bill Quirk proposed a bill that would make it unlawful for employers to use tactics such as hair or urine tests to determine if someone has consumed marijuana in the past. If passed, the law would prevent employers from using that evidence as grounds for discrimination against an employee by denying or terminating employment, FOX2 San Francisco and the Sacramento Bee reported.

In Atlanta, a commissioner for DeKalb County pushed for a change in pre-employment drug testing for the area. Currently, applicants who apply for a job in DeKalb County are required to take a drug test.

Commissioner Ted Terry said in January it made sense to take this approach given the change in marijuana laws across the country, adding that DeKalb County needs "to keep up with the times."

The commissioner said his drug testing proposal would not apply to police or firefighters, or individuals who drive large trucks, but employees in clerical or desk jobs.

State marijuana laws and the impact on employee drug testing

The number of states that legalized marijuana for recreational use rose to 18 from eight, plus Washington, D.C., FOX Business reported.

Virginia made the use of marijuana legal on July 1, 2021. Under the law, individuals who use marijuana for medical purposes in the Commonwealth and have a prescription from a doctor have the most protection.

The law prohibits employers from discriminating against those employees and terminating or disciplining them for having marijuana in their system. However, recreational users have the least protection because the law does not stop businesses from drug testing employees.

Virginia is an at-will state and an employer can terminate or discipline an employee for marijuana use., FOX 5 DC reported.

In New York, an employer can’t test you for marijuana in most cases even if you smell like pot, according to guidance from New York State’s Labor Department.

FOX 5 New York reported that the guidance states "observable signs of marijuana use that don't indicate impairment on their own cannot be cited as an articulable symptom of impairment."

Recreational marijuana was legalized in New York in 2021, allowing residents to legally possess up to three ounces of cannabis outside their home and up to five pounds at home.

RELATED: You can smoke weed and work in NY but not while on the job

Cannabis was removed from the list of controlled substances and now allows people 21 years old to use the drug. However, marijuana remains illegal at the federal level. Employees required to be tested under federal and state law would still get tested, including commercial vehicle drivers and New York Police Department staff.

The U.S. House of Representatives on April 1 voted to pass legislation to legalize marijuana at the federal level, a major step taken to decriminalize cannabis in the United States.

The Marijuana Opportunity Reinvestment and Expungement (MORE) Act would remove marijuana from the Controlled Substances Act list and decriminalize it. The measure would require federal courts to expunge prior marijuana convictions and conduct resentencing hearings for those completing their sentences.

The MORE Act still needs approval in the Senate before it could head to President Joe Biden’s desk to be signed into law.

Last year, Amazon said it would stop testing job seekers for marijuana. The company is changing its stance as states legalize cannabis or introduce laws banning employers from testing for it, according to FOX11 Los Angeles.

In March 2021, a New York man sued Amazon saying the company rescinded his job offer at an Amazon warehouse because he tested positive for marijuana, even though the city banned employers from testing job applicants for cannabis in 2020.

Amazon said in a blog post that it will still test workers for other drugs and conduct "impairment checks" on the job. And the company said some roles may still require a cannabis test in line with Department of Transportation regulations.