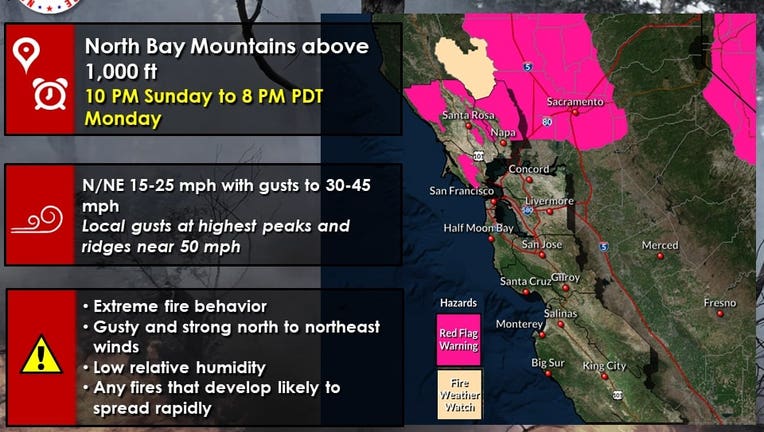 MARIN COUNTY, Calif. - Restrictions on public recreation areas in Marin County have been put into effect during the red flag warning issued by the National Weather Service for elevations of 1,000 feet or more from 10 p.m. Sunday to 8 p.m. Monday.

The Marin County Fire Chiefs Association warns that any wildfire could spread rapidly and advises the public to exercise extreme caution, "especially with the use of equipment and machinery as well as smoking."

All open burning and burn permits are suspended on public lands, officials said.