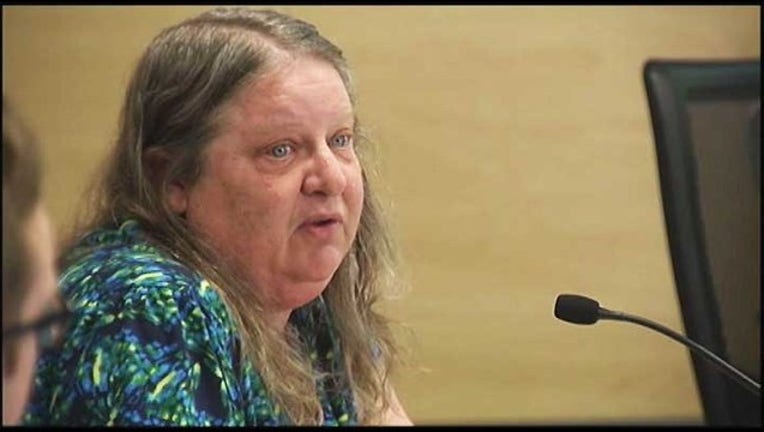 MARTINEZ, Calif. (KTVU) -- A Martinez school board member tearfully apologized Monday night for comments she made last month that some have called racist.

Denise Elsken told parents and teachers that she hopes they will look at her two decades of service in the district, rather than some poorly chosen words.

"I am truly sorry to have used that particular scenario and that the children and families of Las Juntas were portrayed in a bad light because of those words," she said.

During the March 30 school board meeting on the issue, Elksen said that students at a predominantly Latino school would be better able to handle the heat than those at the other predominantly white campus.

"That's the most ridiculous thing that I've heard for an excuse," said Las Juntas parent Sandra Gonzalez. "My child deserves air conditioning, he will not be discriminated against just because of where he lives."

Elsken admitted Monday night, that it was an unfortunate choice of words and apologized saying that the incident has "now cast a shadow on the district and taking time away from the important work that we still have left to do for our children and for that, I'm truly sorry."

The embattled board member also said that she felt Las Juntas needed other improvements more, as some teachers have stated.

"I have been to the school board meetings. I know your heart, your should and support," Scott said.

Others called on Elsken to resign and for the board to make all schools cool.

"Make a sound investment in our students and the teachers who work hard every day to promote their development," said Las Juntas parent Raul Martinez.

Elsken did not respond to calls for her resignation.

Martinez School District Superintendent Rami Ruth told KTVU there were no plans to ask Elsken to step down.

After much debate, the school board voted late Monday night to table voting on all Measure K projects so that air conditioning at Las Juntas could be put on the agenda and voted on at the next meeting.