Rhino to join season 3 of 'The Masked Singer'

How far will this herbivore stampede in the singing competition?

LOS ANGELES - You need a thick skin if you want to make it on “The Masked Singer.” We don’t anticipate this heavy herbivore will have any issue with that.

FOX announced on Tuesday that Rhino would be the latest costumed character joining the third season of the hit variety singing competition, where celebrities attempt to out-karaoke one another whilst hiding their identities under glorious animal garb.

The network released an image of a clearly-confident Rhino adorned in old-timey adventure gear, beckoning viewers on with his outstretched arms. 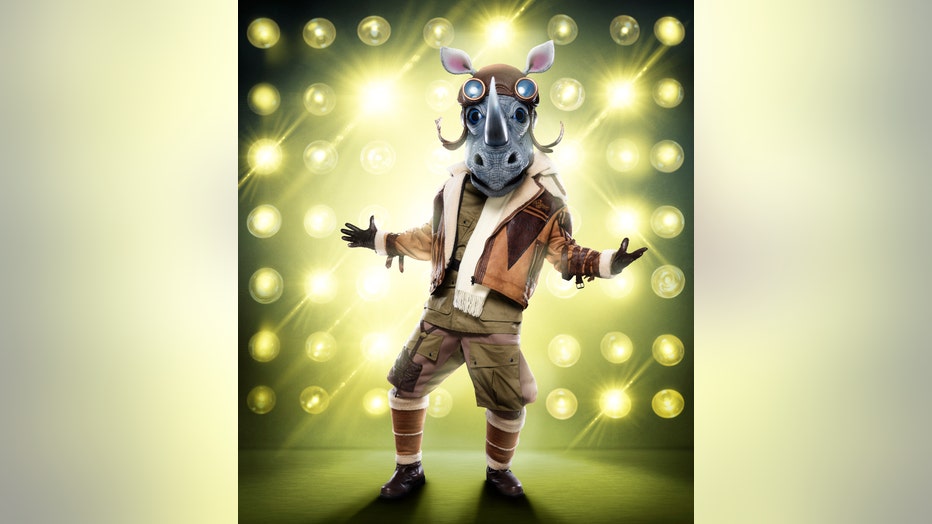 Rhino is the 14th costume announced for the new season of “The Masked Singer,” proudly joining other crooning contenders like Frog, Kangaroo, Astronaut and Taco.

What celebrity is underneath the Rhino mask, let alone how far they’ll trudge through the competition, remains undetermined. What we can speculate on now, though, is what songs Rhino might belt out on upcoming Wednesday nights:

-“Come Blow Your Horn” by Frank Sinatra?
-“Armor” by Sara Bareilles?
-“Halos and Horns” by Dolly Parton?
-Anything from The Doobie Brothers’ "Stampede" album?

This story was reported from Los Angeles. This station is owned by the FOX Corporation.