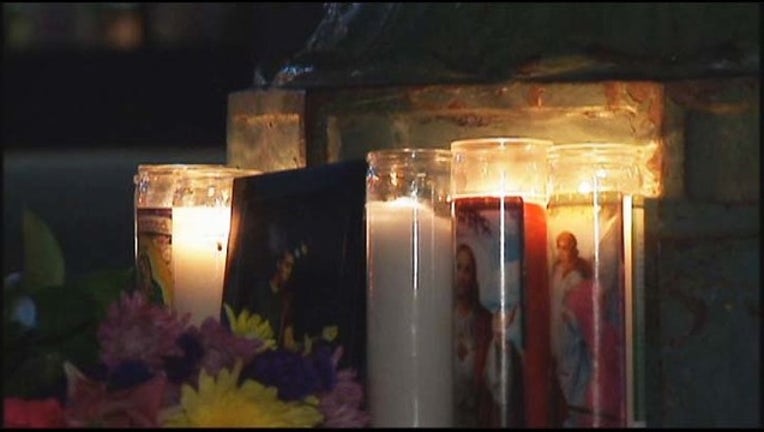 OAKLAND, Calif. (KTVU and wires) -- The family of a 26-year-old musician who was slain by a stray bullet outside of a bar in downtown Oakland early Sunday morning has set up a memorial fund to pay for his funeral expenses and increase the reward in the case.

Emilio Nevarez, a bass player and vocalist for the punk rock bank The Lucky Eejits, was packing up his equipment when a bullet struck him in the 400 block of 14th Street at about 1:15 a.m. Sunday, according to police.

Bernadette Valadez, Nevarez's mother, said police told her that her son wasn't the intended target of the gunfire. Two people were engaged in an argument unrelated to her son when someone started shooting, she said.

No one has been arrested for the shooting so far.

Police and Crime Stoppers of Oakland are offering up to $20,000 in reward money for information leading to the arrest of the shooter in the incident.

Valadez said today that she and other family members would like to increase the reward to provide an incentive for witnesses because "nobody has come forward as far as we know."

But Valadez said money that's contributed to the memorial fund must first be repaid to a crime victim group that is helping the family pay for her son's funeral and burial expenses.

Any additional money collected can be used to increase the reward, she said.

The family's plans for a memorial service and funeral for Nevarez are still on hold until the Alameda County coroner completes an autopsy and his body is released to the family, Valadez said.

She said the memorial and funeral likely will take place sometime next week.

According to Valadez, Nevarez graduated from Antioch High School, received a bachelor's degree in audio engineering from Ex'pression College, a digital arts school in Emeryville, and worked as an audio engineer in the Bay Area.

The Lucky Eejits' guitarist and singer, Casey FitzPatrick, and its drummer, Tyler Salinas, wrote on a Facebook posting earlier this week that when Nevarez was killed, "Our lives shook and have been put to a halt."

They said, "Our best friend, brother and bass player Emilio Nevarez was taken from us so suddenly by gunfire."

FitzPatrick and Salinas said, "We have been in a dark world of sadness and pure confusion as to why this happened to our beloved, beautiful and talented friend."

They added, "If you knew Emilio you know he would tell us all not cry and not to be sad. He would want each and everyone of us to be strong."