ALAMEDA, Calif. - A menorah put up outside Alameda City Hall was destroyed on the first night of Hanukkah prompting the city to declare: "We have no tolerance for hate."

But by Friday morning, the city's Recreation and Parks Department had erected a new one.

"Chanukah is a time for joy and dedication, the city said in a Facebook post. "We celebrate to remember that hate does not win when we rise up against oppressors. 2020 has been an incredibly difficult year, but Alamedans are resilient, and we will recover. For most of us, our new menorah will shine brighter than ever before. In Alameda, we believe strongly that everyone belongs here in our inclusive community." 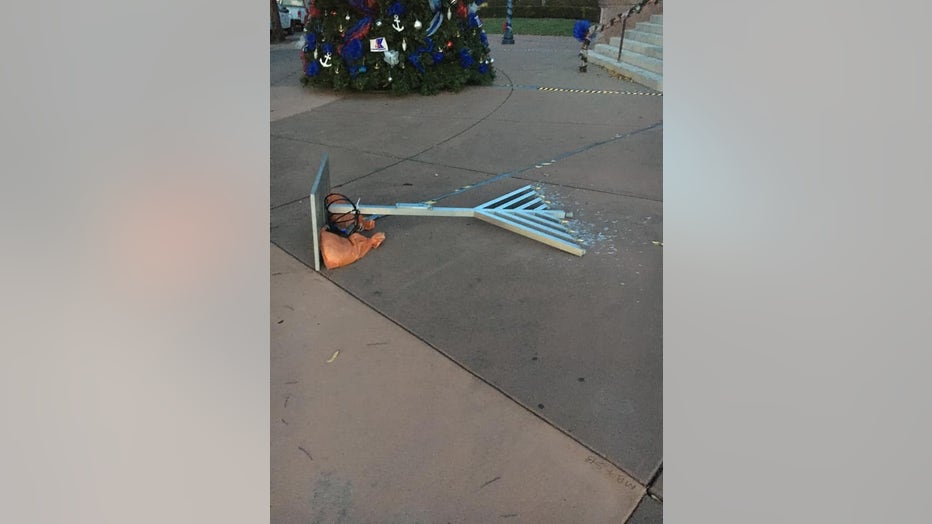 The menorah in front of Alameda City Hall was pushed over on the first night of Hanukkah. Dec. 10, 2020 Credit: Francisco Soto

Bryan Schwartz, who is Jewish and lives in Alameda, wanted to thank the city for taking the incident seriously and reacting so quickly.

"It is disturbing and sad that our beloved island has had more than its share of anti-Semitic incidents in recent years," he said. "But, I know that the perpetrators are only a handful and that in Alameda, we as Jewish residents are surrounded by a loving and supportive community who reject these attacks." 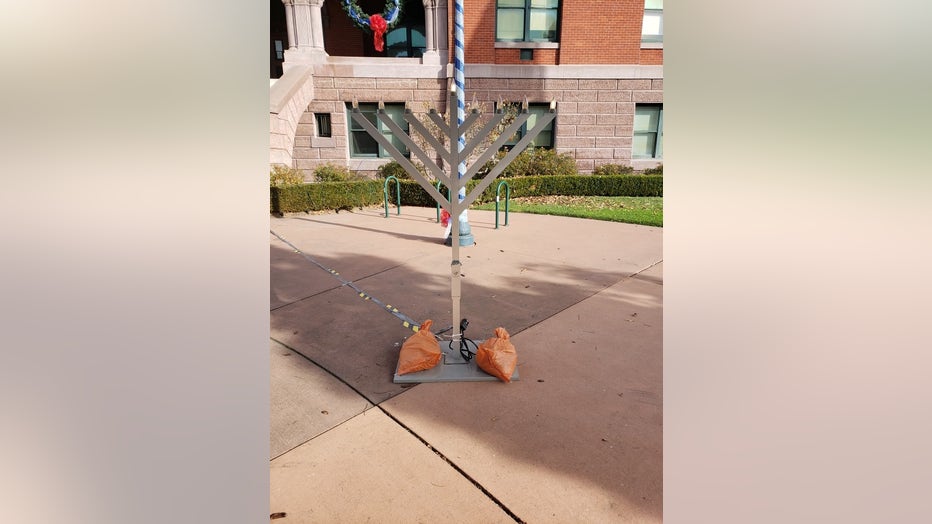 A new menorah was put up outside Alameda City Hall after another one was vandalized.

Francisco Soto was jogging by Friday morning when he saw the toppled menorah, which is supposed to be lit for eight nights during the Jewish festival of lights.

His wife posted on Facebook that she is "sick and tired of seeing hate perpetuated" in Alameda and elsewhere.

Christmas lights were also pulled down from the large tree in front of City Hall. And while some people commented that the wind might have knocked the menorah over, she countered that because of the timing of the knocked-over Jewish symbol and the fact that no other parts of the holiday display, including a Christmas tree, were harmed, she felt the act was deliberate.

Alameda and the Jewish faith haven't been the only targets of mean-spirited vandalism.

In Santa Rosa, vandals stole lights, broke some lawn reindeer and yanked down Santa's sleigh over the weekend.

A family of essential workers with kids are asking, 'who's the Grinch?' after their holiday display in Santa Rosa was targeted by vandals.