PLEASANTON, Calif. - Metallica is set to take the stage for the first time since they opened the Chase Center in San Francisco. Well, kind of. They’ll be the first rock band featured in the Encore Drive-in Nights series, saddling up at their Northern California headquarters to perform a full set for drive-ins and outdoor theaters across the country, and they’re coming to the East Bay.

Tickets for the Aug 29 show featuring the band Three Days Grace will be sold on a per car basis and each one accommodates up to six people in one vehicle. In response to the ongoing coronavirus pandemic, theaters hosting the show will adhere to local health mandates, as well as guidelines established by the Centers for Disease Control and Prevention.

Staff will wear personal protective equipment and enforce at least six feet of space between cars, according to a press release. Guidelines around concessions will be enforced according to individual state regulations.

The nine-time Grammy Award-winning metal band will feature material that dips into four-decades of work, edited and mixed by the band’s production team, for what organizers say will be a memorable concert experience. “In all of rock, it literally doesn’t get any bigger than Metallica,” said Walter Kinzie, CEO of Encore Live. “Over the course of their career these guys have completely redefined rock, touring and frankly what’s possible in terms of success in this industry.”

Tickets go on sale for Metallica’s Fifth Member fan club on Aug 12 and general admission purchases will begin two days later. Prices start at $115 per vehicle. Each ticket will include four digital downloads of S&M2, an album filmed at the Chase Center in San Francisco documenting Metallica reuniting with the San Francisco Symphony for the first time in 20 years. 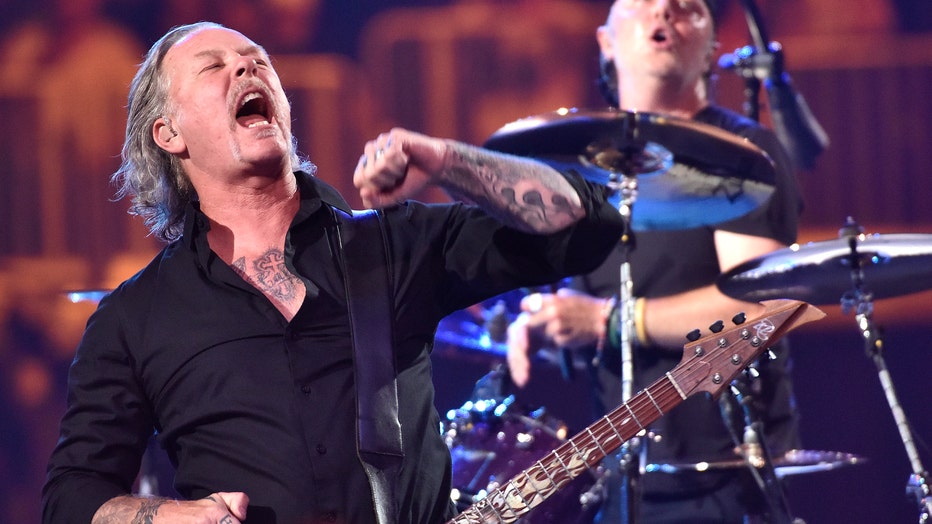 “We’ve seen with our first two Encore Nights Drive-In concerts that fans absolutely dig the drive-in experience and we know that Metallica is going to blow the top off of this thing and take it to a whole new level,” said Kinzie.

Ryan Moran is a digital producer for KTVU. Email Ryan at ryan.moran@foxtv.com, call him at 510-874-0225, or follow him on Twitter at @ryanmoranSMC.