The former first lady's new podcast will hold candid conversations with a focus on relationships and health.

Former first lady Michelle Obama opened up about how she’s been coping amid the challenges of the coronavirus pandemic and racial strife in America, saying she’s been “dealing with some form of low-grade depression.”

“There have been periods throughout this quarantine where I just have felt too low. I’ve gone through those emotional highs and lows that I think everybody feels, where you just don’t feel yourself,” Obama said in the second episode of "The Michelle Obama Podcast," released Aug. 6.

“These are not fulfilling times, spiritually,” she continued. "Not just because of the quarantine, but because of the racial strife, and just seeing this administration, watching the hypocrisy of it, day in and day out, is dispiriting." 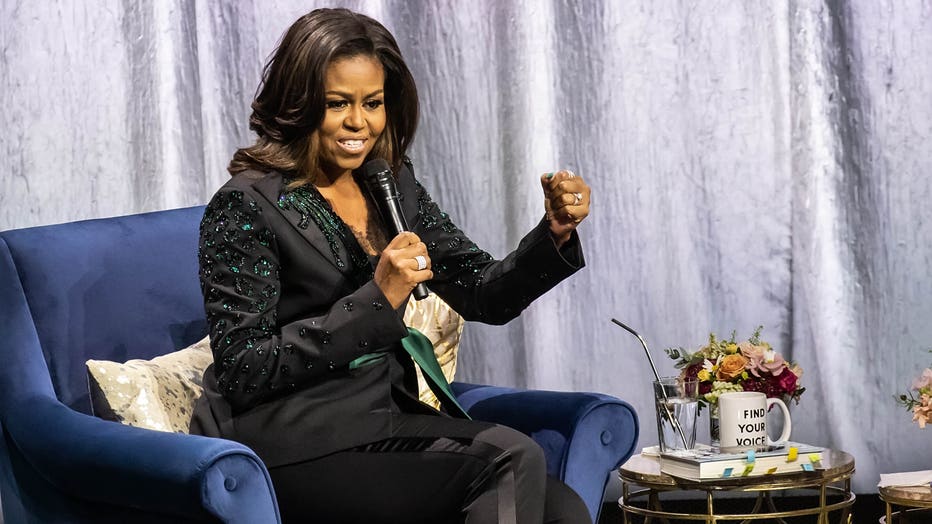 In this file image taken April 11, 2019, Michelle Obama holds a conversation with Phoebe Robinson about her book "Becoming" at Oslo Spektrum in Oslo, Norway. (Photo by Per Ole Hagen/Redferns)

In the conversation with journalist and friend Michele Norris, the former co-host of NPR’s “All Things Considered,” Obama said the mounting stories of Black people being killed or “dehumanized” have added to her despondency.

"I don't think I'm unusual, in that," Obama said. "But I'd be remiss to say that part of this depression is also a result of what we're seeing in terms of the protests, the continued racial unrest that has plagued this country since its birth. I have to say that waking up to the news, waking up to how this administration has or has not responded, waking up to yet another story of a Black man or a Black person somehow being dehumanized, or hurt or killed, or falsely accused of something, it is exhausting. And it has led to a weight that I haven't felt in my life, in a while."

Obama said keeping a routine — including regular workouts, getting outside and having a regular dinner time with family — have helped her manage the “emotional highs and lows” of the current political and social climate.

The nine-episode series, which is available exclusively on Spotify and produced by the Obama’s Higher Ground production company, is expected to hold candid and personal conversations focusing on a variety of topics — such as women’s health, marriage and mentorship.

Former President Barack Obama joined her on the first episode of the new podcast, in which the couple talked about the importance of community.

Future guests are set to include actor and comedian Craig Robinson, late-night host and comedian Conan O’Brien, and Valerie Jarrrett, who served as senior adviser to President Obama.

The former first lady previously partnered with PBS to launch a virtual story time series for kids during the coronavirus outbreak, in an effort to give families a “much-needed” break.