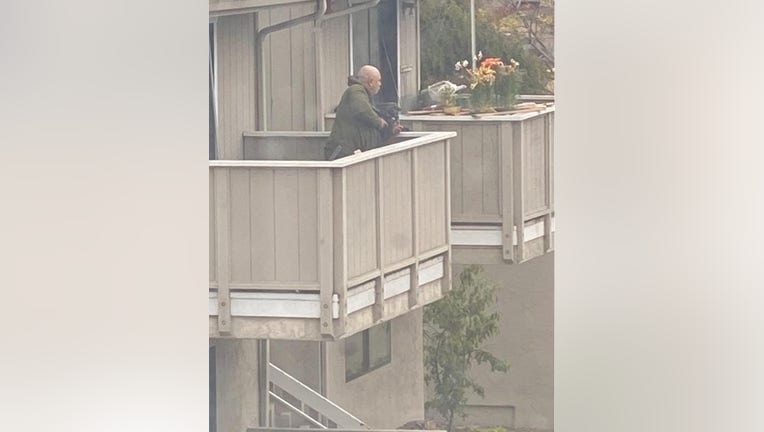 Vahe Ohanian is seen here on his scond-floor blacony in Seaside where he fired onto Monterey County deputies who had come to evict him, on May 26, 2022 the sheriff's office said. Photo: Monterey County sheriff (KTVU FOX 2)

A military veteran being evicted from his Seaside home fired upon Monterey County deputies with a BB gun this week, leading to a shelter in place that lasted hours until his surrender.

Deputies initially thought that the tenant, Vahe Ohanian, used a rifle to shoot twice from his second-floor balcony, breaking the windshield of a patrol car on May 26.

"At this point deputies thought they were being shot a by a man they knew owned firearms," the sheriff's office wrote on Instagram. "This led to the response yesterday."

Deputies went into the eviction knowing that Ohanian had allegedly "emailed threats to several people including the Sheriff’s Office" and had registered two handguns in the 1990s.

A standoff ensued for five hours between a SWAT team and Ohanian who refused to come down from his redoubt, according to the sheriff.

However, Ohanian gave himself up peacefully after talking with negotiators.

No one was injured and Ohanian was taken to a hospital for a psychiatric evaluation, TV station KSBW reported., 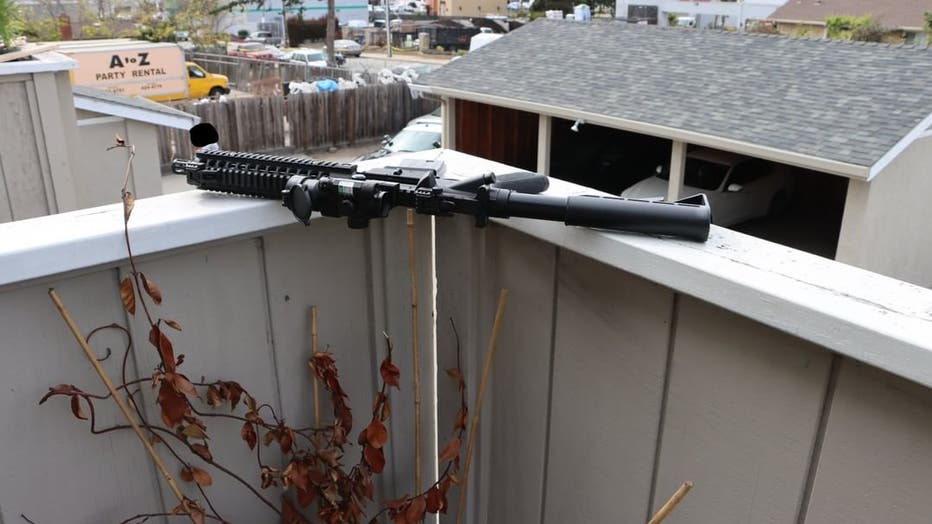 This BB gun was thought to be a rifle when it was used by a man to sallegedly shoot at Monterey County deputies who had come to evict him on May 26, 2022. Photo: Monterey County sheriff (KTVU FOX 2)

Deputies who searched his home discovered that the BB gun looked convincingly like a rifle, the sheriff's office said.

Ohanian, who was booked into the Monterey County jail, faces charges of assault with a deadly weapon, terrorist threats, and obstructing an officer. Bail was set at $1 million.