ANTIOCH, Calif. - Antioch police are looking for a 28-year-old mother who witnesses say was upset after her son got haircut and rammed her Toyota Prius into the barber and the shop next to his.

Officers said as of Thursday morning, Ruby Delgadillo of Brentwood was still outstanding and likely driving her car, which has a license plate number, California license plate 8LHB387.

A woman who answered the phone at Delgadillo's publicly listed address said "I know nothing" before hanging up on KTVU.

Midge Martin, identified the barber as her brother-in-law, 63-year-old Brian Martin. He has owned Delta Barber Shop on the 1600 block of A Street in Antioch for 29 years and was scheduled for surgery on his leg Thursday morning. Just after noon, he posted on Facebook that the surgery at John Muir Medical Center in Walnut Creek went well. Efforts to contact him in person were not immediately successful.

Before the surgery, Martin also posted that he was praying for the "lady who hit me." He said she had two young boys in the car with her when she took off.

"That's very typical of him," said his business partner, Dustin Souders. "To be thinking of other people." 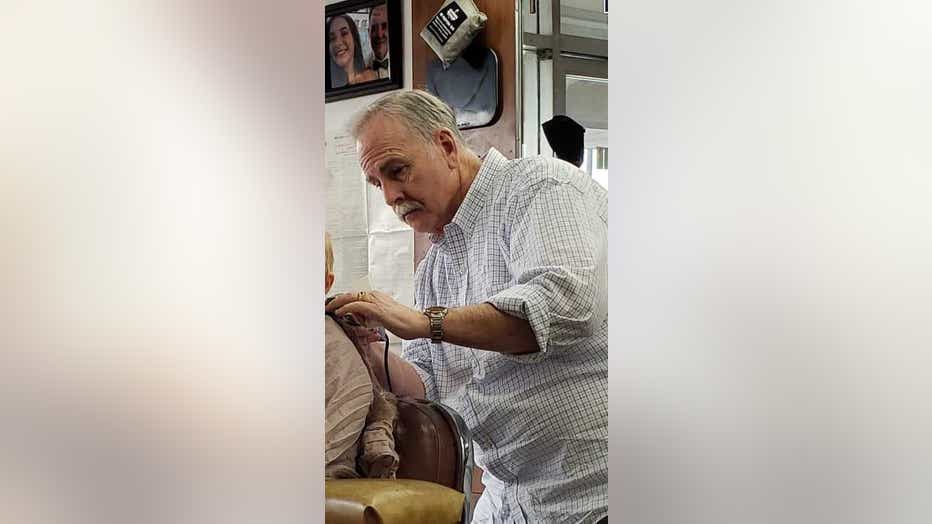 Brian Martin is the Antioch barber who suffered a broken leg after a mother rammed her Prius into him. Police and witnesses say she was upset after her son's haircut. Martin is "very loved," his business partner said.

Souders said that Delgadillo is a regular customer and he has no idea idea why she would get so angry on Wednesday afternoon. He said she was kicking the shop door after the cut about 3:45 p.m. Her son is about 7 or 8 years old, he said.

She left, Souders said, and then she came back. Martin went outside to take a picture of her car, and that's when witnesses say she plowed into the barber and the store next to his. Video at the scene showed Martin being wheeled out on a gurney from inside his shop, nestled in a suburban strip mall.

The mother's anger apparently stemmed from the haircut the barber gave to her son, although why she didn’t like the cut was not explained.

Barber prays for mother who hit him

Brian Martin, the Antioch barber who was hit by a Prius, is praying for the mother who drove the car. Cristina Rendon reports

One witness at the scene told KTVU that he saw some of what happened.

“She took the kid to have a haircut, paid for it, and came back,” the man said. “She complained about the haircut, and they got into an argument. I saw the car taking off, backing out, and take off real fast."

Delgadillo has a prior criminal record.

In 2017, she was charged with a felony for possessing more than 14.25 grams of heroin for sale. In May, she ended up pleading no contest to misdemeanor possession of an injection device. 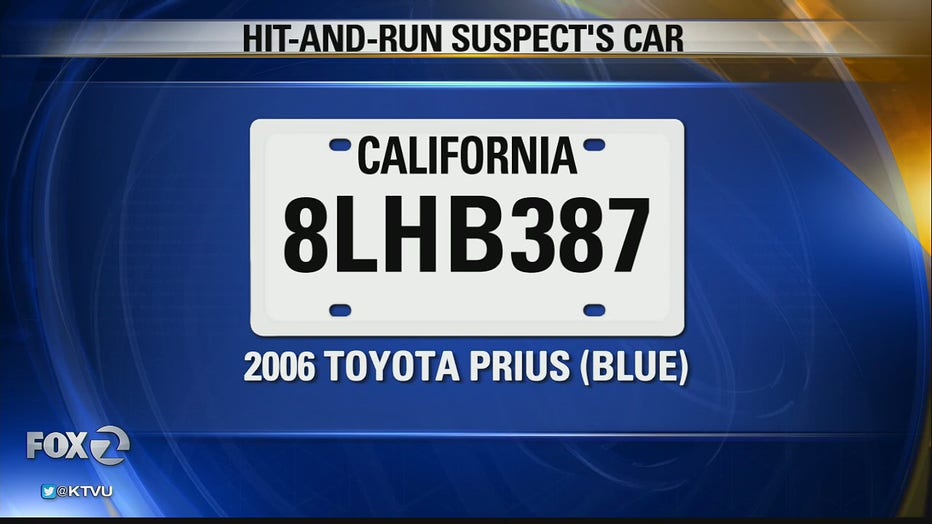 She received probation for three years and was sentenced to 90 days of county jail. Also, the standard drug terms were also part of her sentence, according to the Contra Costa County District Attorney's Office.

On Yelp, the barbershop received many flattering reviews, both of the barbers and the cuts. One commenter said that the barbers are especially proficient at cutting the hair of children with autism. Martin posted on his Facebook page that his first customer of Wednesday morning is an orchard owner who brought Fuji apples to the United States. "I love my job," Martin said.

Souders said that security guards at the hospital asked if Martin had an official fan club because he had so many visitors.

"He is very loved," Souders said.

Anyone with information on this case or on the whereabouts of Delgadillo is asked to call the Antioch Police Department non-emergency line at (925)778-2441.

KTVU's Candice Nguyen and Henry Lee contributed to this report.

The barber who was hit broke his legs after the Prius rammed into his shop. Dec. 4, 2019

A man saw some of what happened at the Delta Barber Shop. “She took the kid to have a haircut, paid for it, and came back,” the man said. “She complained about the haircut, and they got into an argument. I saw the car taking off, backing out, and tak