One North Carolina woman recently issued a mock public service announcement on Facebook for the mothers of middle school girls across the country, hilariously explaining why hair scrunchies are the “secret” new sign of budding romance among tweens and young teens.

Emily Covington said that she couldn’t figure out why the fabric-covered hair tie bands had been inexplicably scattered all over her house since her son returned to school, Good Morning America reports.

"One week there were all these scrunchies in the dryer. The first batch, I didn't think anything of and tossed them in the trash thinking it was a fluke or maybe even mine that I forgot,” Covington told the outlet.

When it happened again, she pressed her son for answers. 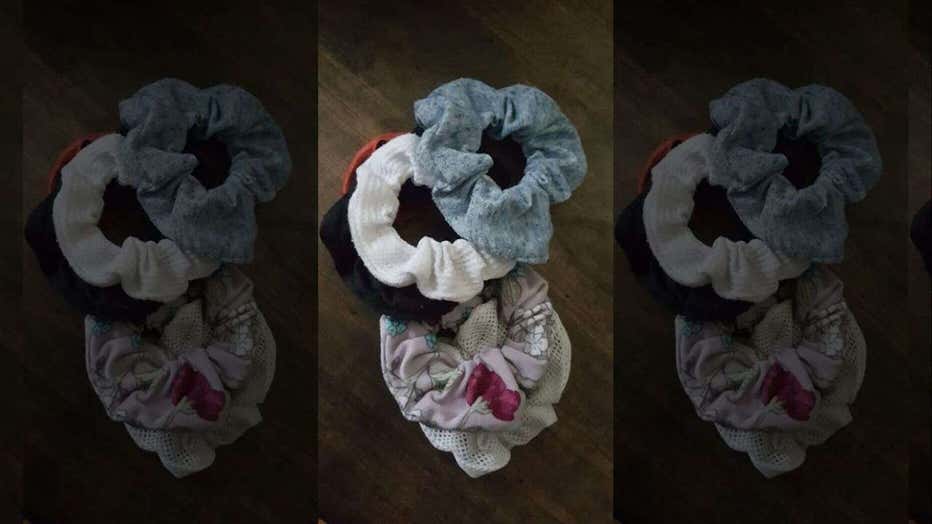 “Apparently it's cool to give your scrunchie to someone you think is cute, below is a stash that we have racked up just this week. So basically stop wasting your money and clogging up my dryer," the funny mom said.

In reply, the youngster told his mom that scrunchies are the cool new sign of affection at his school. Girls give the hair bands to their crushes, who proudly wear them on their wrists as an accessory.

Taken aback, Covington hopped on Facebook to jokingly spread the word, sharing a photo of a scrunchie stash her child had accumulated last week.

“PSA to ALL MIDDLE SCHOOL GIRL MOMS! Are you tired of wasting money on hair scrunchies? Feel like you're buying them every week? Wondering why your daughter can't keep up with them?” she wrote on Sept. 25.

“Well let me let you in on a little secret… They are being found in the dryer of every boy mom's home,” Covington continued. “I'm about to start a lost and found page for them on Facebook or better yet return them to school with a love note for me.”

“Apparently it's cool to give your scrunchie to someone you think is cute, below is a stash that we have racked up just this week. So basically stop wasting your money and clogging up my dryer,” she concluded, adding the funny hashtags “#SaveTheScrunchies", "#IKnowHesCute” and “#BoyMomStruggles.”

The note detailing the mom’s hilarious claims has since gone viral with over 35,000 likes and 45,000 shares to date.

“Oh my goodness!! I thought I had girls sneaking over or something...they are everywhere!” one fellow parent cried.

“This explains why I keep finding Claytons stuff with scrunchies,” another user agreed.

“You will forever be known as the Mom who took down the scrunchie comeback,” another joked.

Covington told GMA that mothers from around the country have contacted her since the remarkable realization, explaining that boys are expected to trade the hair ties for their hoodies.

"It sounds harmless. But I guess if a boy likes a girl, he gives her his hoodie,” she claimed. “I told my son he better be careful 'cause I'm not buying him any new ones and it could be a very cold winter."