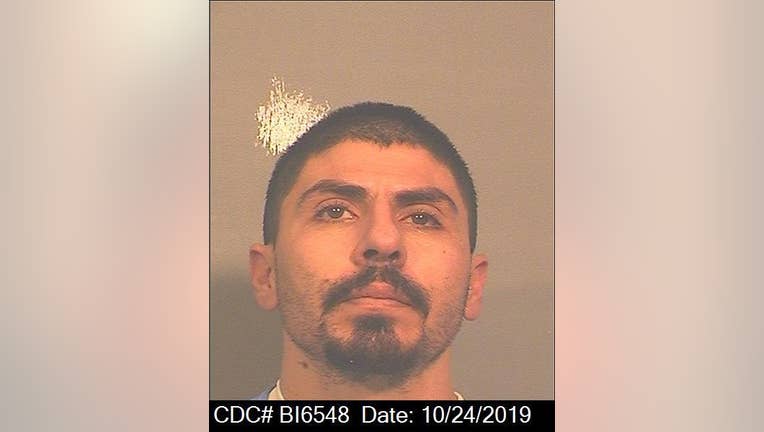 MONTEREY COUNTY, Calif. - The California Department of Corrections and Rehabilitation called for help from the public Wednesday to locate an inmate who walked away from the Salinas Valley State Prison's minimum support facility.

An emergency count at about 8:20 p.m. Tuesday confirmed that Edgar Delgado, 37, had left the prison. Special agents with the CDCR Office of Correctional Safety were dispatched to find Delgado.

Delgado is a Hispanic man with black hair, brown eyes and a goatee, according to the CDCR. He stands 5 feet 7 inches tall and weighs 156 pounds. He was last seen wearing a gray sweatshirt and gray sweatpants.

He was admitted to the facility from Santa Barbara County on March 1, 2019, while serving a four-year sentence for possession of a controlled substance for sale and possession of a firearm by a felon. He was scheduled for release in June 2021.

People who see Delgado are encouraged to contact the Salinas Valley State Prison watch commander at (831) 678-5500, ext. 5542. Members of the public can also contact 911 to report Delgado's presence.