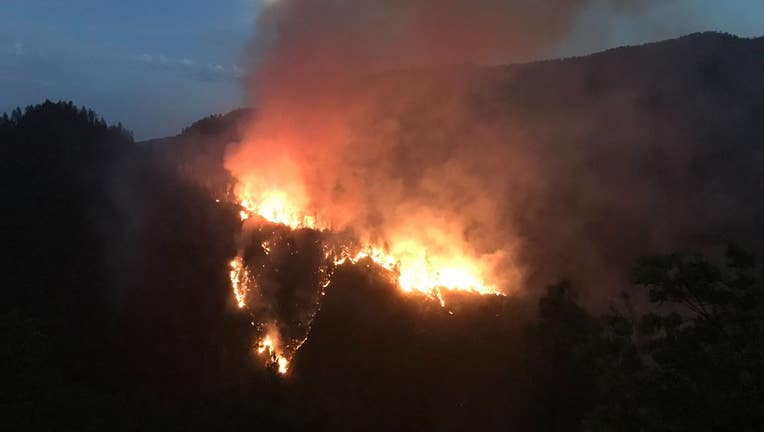 The Mosquito Fire, near Oxbow Reservoir, is burning in steep and inaccessible terrain, according to Cal Fire officials.

As of Wednesday morning it was estimated at 826 acres and 0% contained.

Air strike teams have been dispatched to the area, officials said.