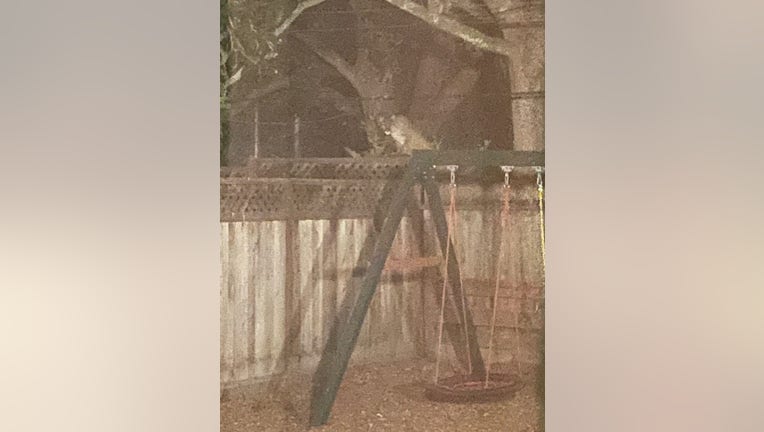 SAN MATEO, Calif. - A mountain lion was spotted in the backyard of a home in San Mateo on Wednesday morning, according to police.

The Police Department shared a photo taken of the mountain lion, which was spotted behind a home in the 500 block of Bucknell Drive by a resident who saw it standing near a recently killed raccoon.

Police said when the mountain lion saw the resident, it jumped on top of a fence and ran away toward Colgate Way. Officers responded and searched the area but did not find the animal, which was described as being the size of a large dog.

People are advised to never approach a mountain lion, particularly if it is feeding or with offspring, and to avoid biking or jogging through wooded areas during dawn, dusk or at night when the animals are most active.

More tips on safety around mountain lions and other wild animals can be found online.