Video Courtesy: Animal Care and Control. The mountain lion was spotted in San Francisco at Greenwich and Jones at 1230 a.m. on June 16, 2020.

The young male mountain lion had a tracker, enabling authorities to confirm it was the same animal they had released in San Mateo County just two weeks ago.

The California Highway Patrol said the body of the big cat was found on the shoulder of northbound lanes along Highway 1 at about 7:30 a.m. Friday. The car that hit the animal apparently didn't stop, the CHP said.

Officials with San Francisco Animal Care and Control captured the mountain lion on June 18 after it entered an enclosed area in a building on Channel Street in the city's Mission Bay area. 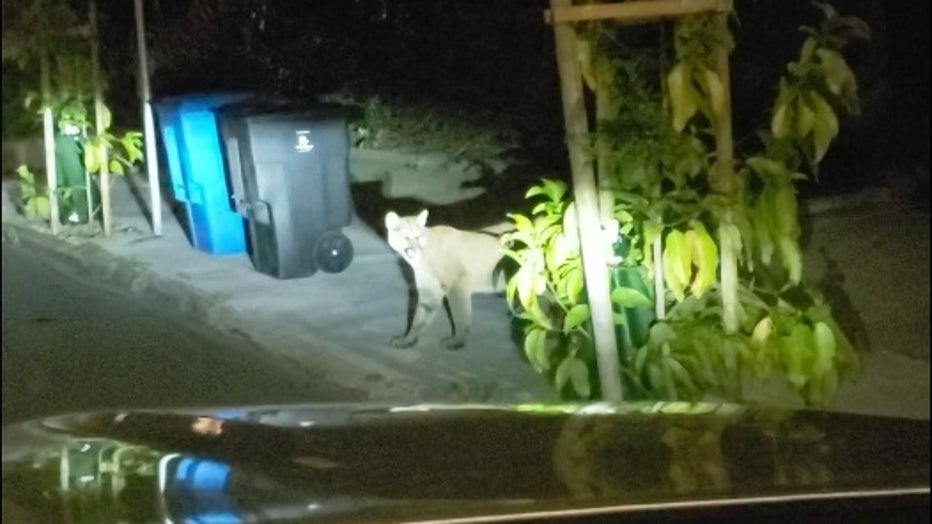 Photo Courtesy: Animal Care and Control. The mountain lion was spotted in San Francisco at Greenwich and Jones at 1230 a.m. on June 16, 2020.

Before that, residents had been calling the agency to report sightings and surveillance cameras recorded the cougar in neighborhoods like Russian Hill, South Beach and South of Market.

City animal control officers finally captured the big cat, weighing 70 pounds and believed to be 12 to 18 months old, with help from police and the California Department of Fish and Wildlife.

An estimated 75-100 mountain lions are killed by cars on California roads each year, state officials said.