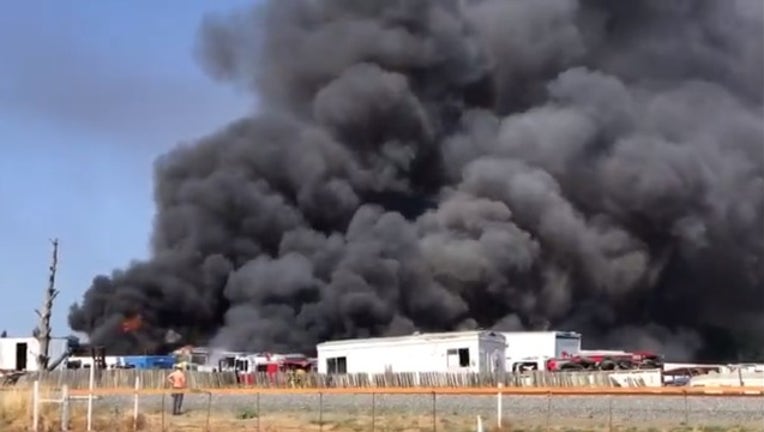 At 5:42 p.m., the Sonoma County Fire District issued a shelter-in-place for hazardous smoke in southwest Santa Rosa. The shelter in place was lifted as of 6:33 p.m.

At 4:11 p.m. Santa Rosa Fire Department tweeted they had three engines and one chief officer at the scene. They said the fire was initially involved multiple vehicles. It was not clear how many vehicles were on fire.

The video shows a thick plume of black smoke, which is visible from Santa Rosa.

KTVU''s Skyfox is headed to the scene to get an aerial view of the situation.