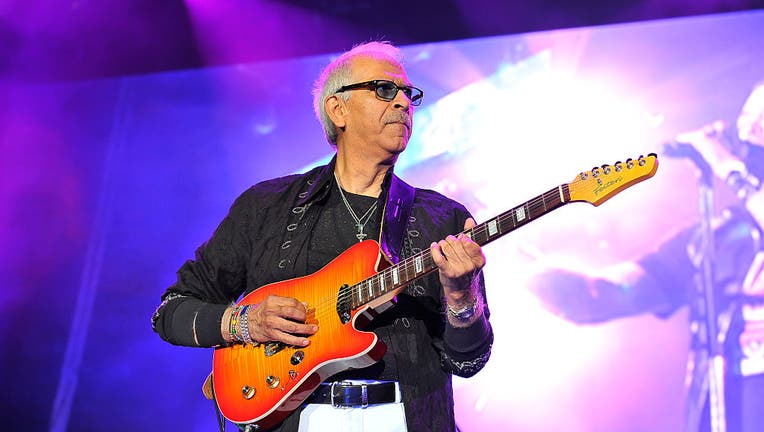 MILL VALLEY, Calif. - Guillermo "Jorge" Santana,  the youngest brother of famed guitarist Carlos Santana, an accomplished musician on his own, has died, according to a post on his brother's Facebook page.

He was 68. According to his website, he lived in Mill Valley.

"We take time to celebrate the magnificent spirit of our beloved brother Jorge," Carlos Santana wrote. "He transitioned unto the realm of light that cast no shadow....We love cherish and honor your soul."

His representative told TMZ that he died Thursday of natural causes.

Jorge Santana was the youngest of three brothers and the second one, after Carlos, to pick up a guitar. He was known for his green Fender Stratocaster, acquired in the 1970s.

He was 14 when he started playing in San Francisco and he later joined a band in the 1960s with some high school friends dubbed The Malibus.