"If people loved Asian people as much as they love bubble tea, anime, mochi, sushi, matcha etc," the 23-yeard-old champion wrote. "Imagine profiting/enjoying things that come from a culture and then attacking/diminishing the ethnic group that created it."

Osaka went on to share a screenshot of her tweet to Instagram to elaborate on how she feels about the "Stop Asian Hate" movement that has spread through the U.S.

"It's really sad that this even has to be a hashtag/slogan," she wrote. "It should be common sense but it seems like common sense is uncommon in this world now."

Osaka, who is of Haitian and Japanese descent, received support for her posts and spurred conversation among her followers. 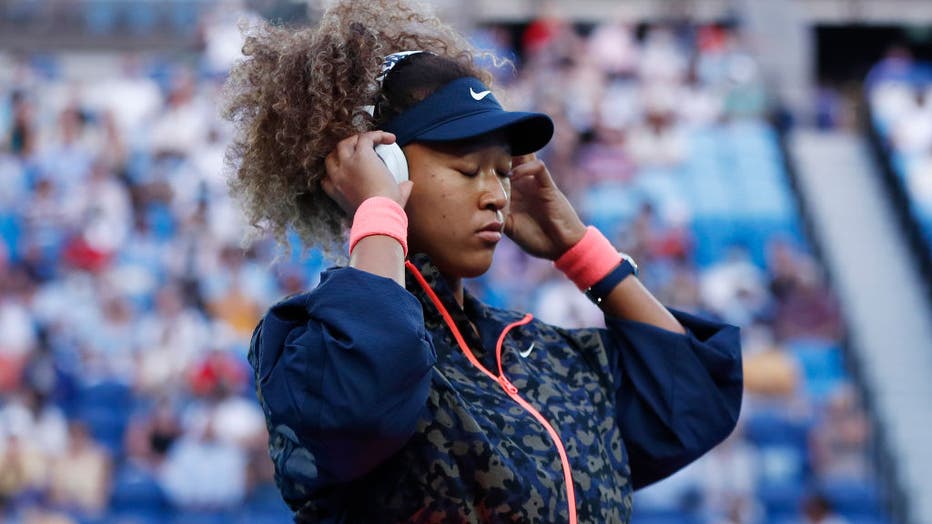 Naomi Osaka of Japan adjusts her headphones prior to her Women’s Singles Final match against Jennifer Brady of the United States during Day 13 of the 2021 Australian Open at Melbourne Park on February 20, 2021 in Melbourne, Australia. (Photo by Darri

Many Twitter users compared Osaka's statements about Asian culture being profited on in the midst of hate crimes to the experiences of Black Americans.

"Think about how many people love hip hop culture, and gentrifying communities, Eating ‘ethnic food’ and so on," one Twitter user wrote. "Hate loves to take."

Osaka has also used her platform to support other social justice movements, including Black Lives Matter.

In September, Osaka played in the U.S. Open while wearing face masks that brought awareness to Black Americans who were fatally shot in the last decade by police or neighborhood watchers.

Osaka also spoke out a week after the killing of George Floyd in Minneapolis by a police officer, sparking nationwide protests over the summer.

For Asian Americans, incidents of racism in the last year have been documented nearly 3,800 times in the U.S., according to a study conducted by the Stop AAPI Hate Reporting Center.

Earlier this month, 21-year-old Robert Aaron Long was taken into custody after he targeted three massage parlors in Atlanta and opened fire. Eight people were killed in the shooting.