Fairfield resident Jimmy Williams received the concerning message on his phone Thursday night. “I look at it and said, there is no fire over fire!” said Williams. “They should find out what’s going on first before they send out those alerts.”

Kerry Whitney, with the Office of Emergency Services sent the alert. In a Zoom interview, he apologized for causing any concern, he only meant to send the message to residents and visitors in Napa County. 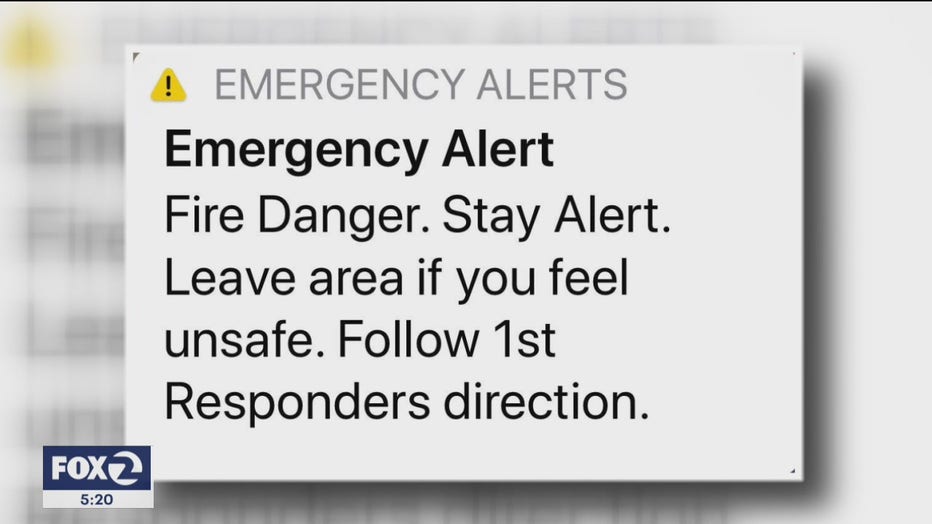 He was using a FEMA warning program called “IPAWS” – the Integrated Public Alert and Warning system. IPAWS is used in extreme emergencies and pings phones within a certain area.

“It’s a tool that’s provided to us by FEMA and the federal government. And so we literally went back and tried to cancel the message in hopes we could stop the repeats and that capability was not available to us,” said Whitney.

Officials in Solano and Marin counties sent their own alerts, telling residents the text was a mistake. The issue was also addressed at a special meeting with the board of supervisors.

The cause of the error is under investigation. In the meantime, Napa County will no longer use IPAWS to get out information.

“Much like an airplane that doesn’t fly right the IPAWS - for Napa County anyway - will be grounded until we make sure that we figure this out,” said Whitney.