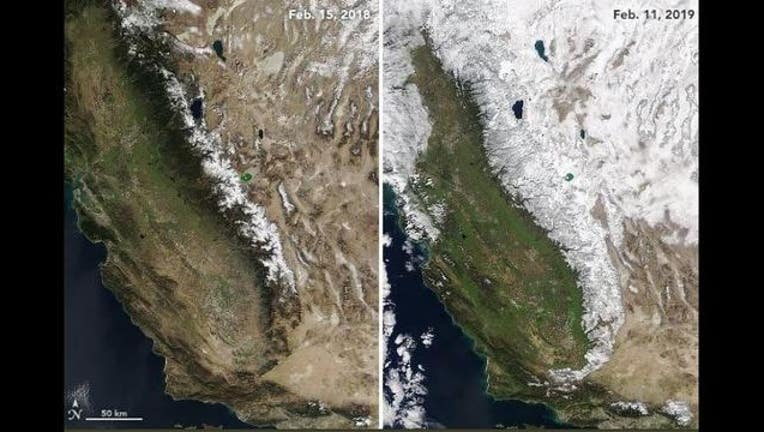 NASA tweeted satellite images Wednesday showing a side-by-side of the image of the snowpack from Feb. 15, 2018 compared to Feb. 11, 2019. NASA wrote, "The Sierra Nevada is really living up to its name 'snowy mountain range' this year. With snow reports coming in feet and snow storms still moving in, it’s now home to the snowiest ski resort in the U.S."

According to NASA recent storms dumped 11 feet of snow on Mammoth Mountain. At 37 feet of snow - Mammoth can claim the accolades as the snowiest ski resort (at the moment) in the United States.

As the snowpack melts in the spring and summer water will recharge our reservoirs. According to NASA, "California drought watchers are cautiously optimistic that the boost to the snowpack will insulate the state from drought this summer."