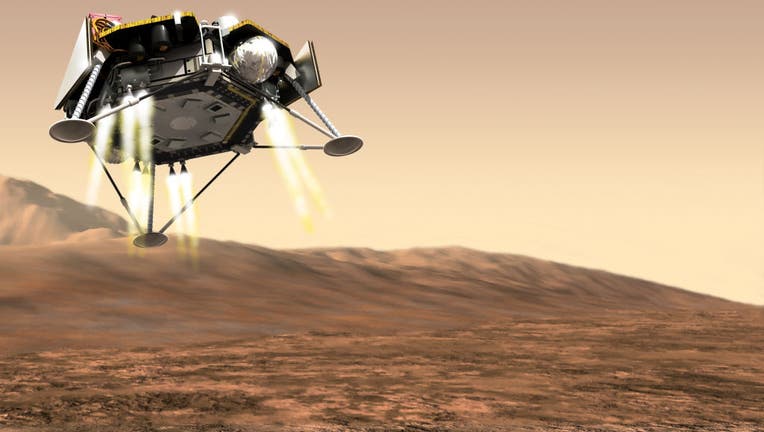 In what could be the final message from NASA's InSight Mars lander, its Twitter account bid farewell Monday with an image.

"My power’s really low, so this may be the last image I can send," the account tweeted. "Don’t worry about me though: my time here has been both productive and serene. If I can keep talking to my mission team, I will – but I’ll be signing off here soon. Thanks for staying with me."

Earlier this year, NASA announced the spacecraft was losing power because of all the dust on its solar panels.

Since landing on Mars in 2018, InSight has detected more than 1,300 marsquakes; the biggest one, a magnitude 5, occurred two weeks ago.

RELATED: Study reveals new details of this 'hell planet,' where a year only lasts 17.5 hours

It will be NASA’s second Mars lander lost to dust: A global dust storm took out Opportunity in 2018. In InSight’s case, it’s been a gradual gathering of dust, especially over the past year. 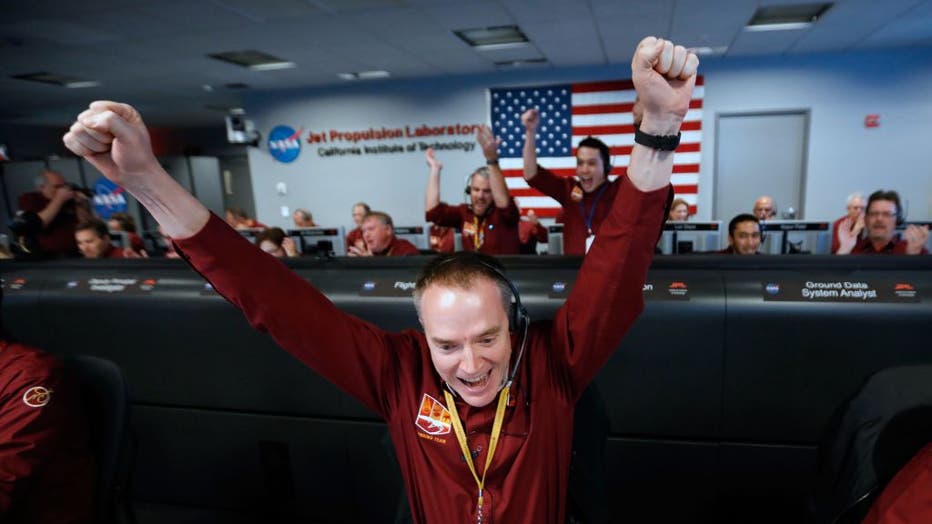 TOPSHOT - NASA engineer Kris Bruvold reacts after the successfull landing by the InSight spacecraft on the planet Mars from the Mission Support area in the Space Flight Operations facility at the NASA Jet Propulsion Laboratory (JPL) in Pasadena, Cali

NASA’s two other functioning spacecraft on the Martian surface — rovers Curiosity and Perseverance — are still going strong thanks to nuclear power. The space agency may rethink solar power in the future for Mars, said planetary science director Lori Glaze, or at least experiment with new panel-clearing tech or aim for the less-stormy seasons.