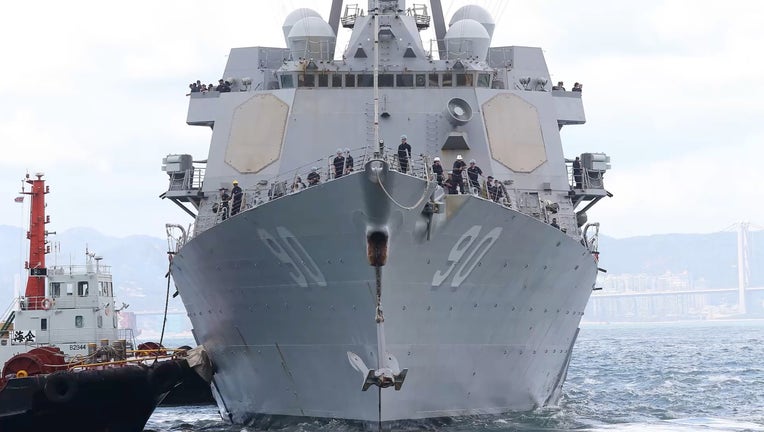 HONOLULU - The Navy has announced about a dozen personnel assigned to a Pearl Harbor destroyer, now in San Diego, have tested positive for COVID-19 and were removed from the ship.

Cmdr. Sean Robertson said that crew members aboard the USS Chafee who were in close contact with the infected sailors are also off the ship and in quarantine while monitoring symptoms, the Honolulu Star-Advertiser reported. None of the sailors have been hospitalized.

"To reassure sailors and their families, all Chafee sailors will be tested today," Robertson said, adding that there are about 350 people on the destroyer. "The ship remains able to meet its mission."

The announcement came a few months after about a quarter of the crew of the Pearl Harbor destroyer USS Michael Murphy tested positive for COVID-19 in November.

That vessel was doing local operations but was in port when the virus was detected. At the time, the Navy said there were no hospitalizations, but all close contacts and nonessential crew members underwent a two-week self-isolation period.

The U.S. Indo-Pacific Command reported in November that the number of confirmed cases within the military community in Hawaii was "a little below 7%" of the state's total since the pandemic began in March.

Confirmed COVID-19 cases in the military are reported within the daily state totals, but a military breakdown is not made public. The Pentagon claimed doing so could communicate to foes where they were hardest hit.