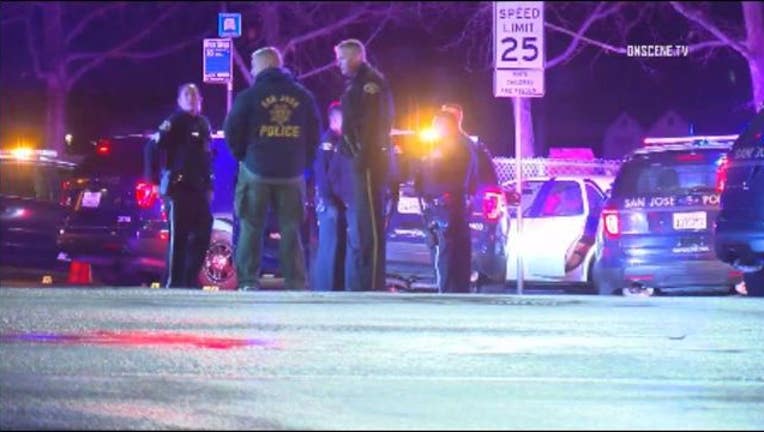 Family and friends of a 24-year-old woman who was killed by San Jose police on Christmas say she was shot at least ten times before she died.

SAN JOSE, Calif. (BCN) - Police said one suspect died and another was injured in an officer-involved shooting early Christmas morning in San Jose.

Officers responded at 2:09 a.m. to the area near Story Road and Clemence Avenue after someone called and said they heard gunshots.

Officers arrived to find two adults each suffering from at least one bullet wound. Police said officers also saw a vehicle that matched the description of the vehicle used by the suspects and had been reported stolen. Officers tried to stop the vehicle, but the driver drove away and a pursuit began.

Police said the vehicle eventually crashed into a chain link fence near Leigh and Fruitdale avenues in San Jose. The vehicle got stuck in the fence temporarily until the driver freed it and drove at officers. The driver rammed her vehicle into a patrol vehicle.

Four officers opened fire and bullets struck the driver and passenger. The driver died and the passenger suffered a wound not considered life-threatening. She was taken to a hospital.

Police said she was later released and taken to jail on an outstanding arrest warrant.

Police said the details of the shooting are preliminary. Anyone with more information is asked to call Detective Sgt. Isidro Bagon or Detective Elizabeth Ramirez of the Police Department's homicide unit at (408) 277-5283.