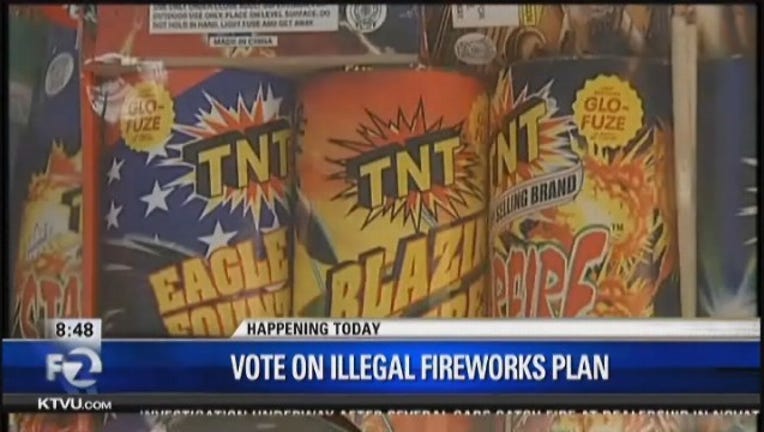 SAN JOSE, Calif. (KTVU) - Santa Clara County supervisors could vote on a plan that would be tougher on people who set off or have illegal fireworks on their property.

The season for fireworks is just around the corner and county officials in the South Bay are looking to taper off any danger that it may bring.

The Board of Supervisors will vote on an ordinance involving illegal fireworks Tuesday.

Last year four people were injured in Santa Clara County by illegal fireworks. With the upcoming Fourth of July holiday, supervisors are looking to hold property owners responsible for setting any illegal fireworks off.

Under the new rules property owners who are unaware or not present when illegal fireworks are being discharged would be sent a warning letter. But any owners, tenants or guests that are aware could be fined $350 for the first violations, $700 for the second and $1,000 for the third.

The ordinance would apply to unincorporated parts of the County, which is under the territory of the Sheriff's Office and County Fire. They would respond and enforce this when they get a complaint call.

Whether there are enough firefighters and deputies to enforce the complaints would be another issue, but the Board President hopes it acts as a deterrent and makes people think twice before setting off illegal fireworks.