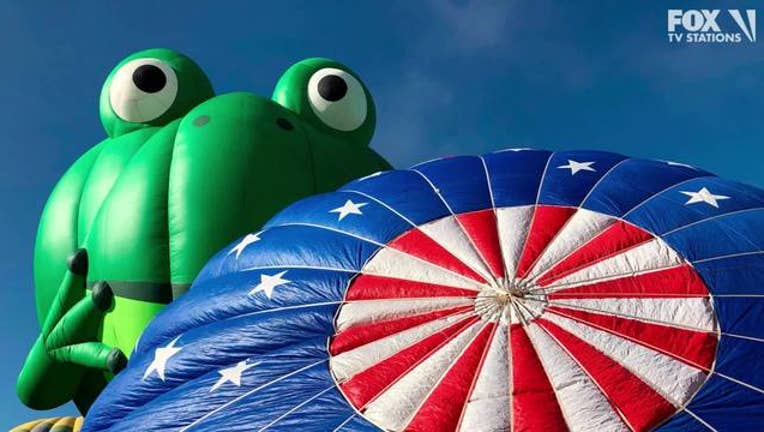 ALBUQUERQUE, N.M. (AP) - The annual Albuquerque International Balloon Fiesta kicked off Saturday but balloons were mostly tethered to the ground because of fog.

The fiesta draws pilots from around the world and from 41 U.S. states. Mass ascension was canceled Saturday morning over the weather.

Fiesta officials said on Twitter that balloons that had already been inflated in anticipation of taking off would remain so. A race known as America's Challenge in which the team that travels the longest distance wins was also postponed on Saturday. Pilots were scheduled to meet on Sunday to discuss other options.

Organizers expect tens of thousands of spectators for opening weekend and exponentially more over the course of the nine-day event.

The spectacle has grown over nearly five decades and infuses millions of dollars into the economy each year.

The fiesta is one of the most photographed events in the world, but drones are strictly prohibited. The Federal Aviation Administration has established a temporary flight restriction zone within a 4-nautical-mile radius around the launch field.