A 90-day pause on all prescribed burns on National Forest System lands is now in effect, a decision the agency announced on Friday.

The Calf Canyon Fire on the Pecos/Las Vegas Ranger District of the Santa Fe National Forest was caused by a sleeper fire from January that remained dormant under the surface through three winter snow events before reemerging in April.

The fire then merged with the Hermits Peak Fire which was also caused by an escaped prescribed burn. The fires are now 48% contained. 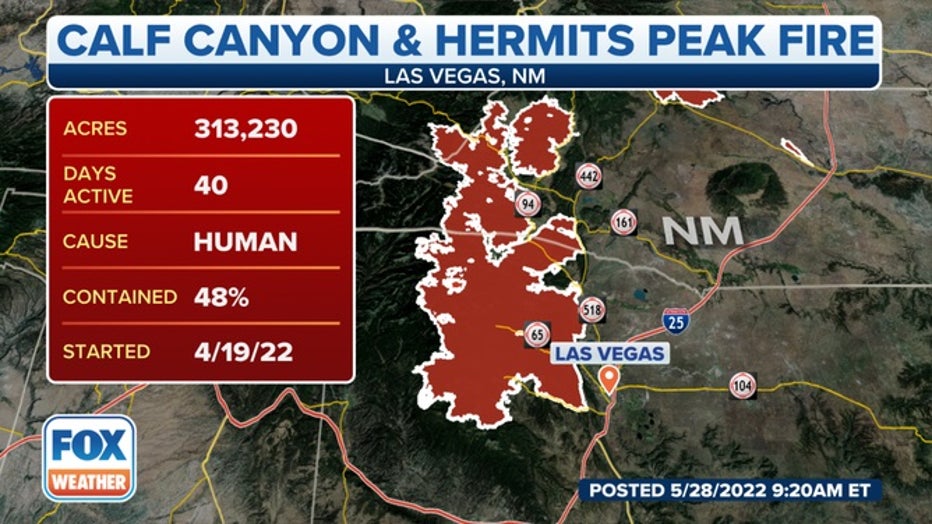 The Calf Canyon/Hermits Peak Fire has burned more than 313,000 acres and fire suppression costs to date exceed $132 million. Governor Michelle Lujan Grisham said the U.S. Forest Service will now pay for 100% of those costs, which increase by around $5 million every day.

INCREASED FIRE THREAT FOR PARTS OF PLAINS, SOUTHWEST TO CONTINUE INTO SUMMER

On April 9, smoke was reported from the vicinity of the Gallinas Canyon Wildland Urban Interface pile burn, which had concluded on January 29, and crews responded.

Crews lined the 1.5-acre Calf Canyon Fire and continued to monitor the fire over the next couple of days to ensure there were no signs of heat or flames near the edge. 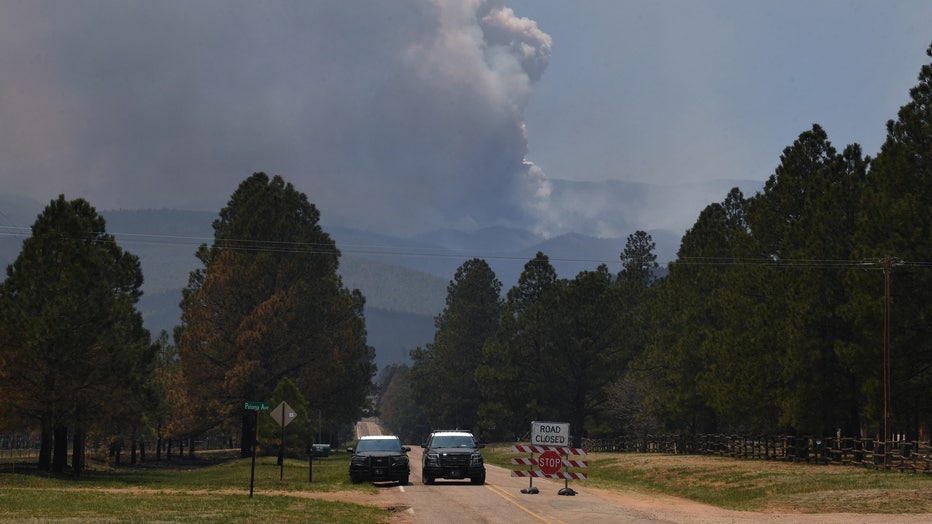 ROCIADA, NM- MAY 13: A road block is seen on Friday May 13, 2022 in Rociada, NM. The Calf Canyon and Hermits Peak fires have been burning in the region. The Hermits Peak fire started as a prescribed burn. (Photo by Matt McClain/The Washington Post vi

"The Santa Fe National Forest is 100% focused on suppressing these fires with the support of the Type 1 incident management teams who are fully prepared to manage complex, all-risk situations," Santa Fe National Forest Supervisor Debbie Cress said. "Our commitment is to manage the public lands entrusted to us by improving the forest’s resilience to the many stressors they are facing, including larger, hotter wildfires, historic levels of drought, rising temperatures, and insects and disease."

The Forest Service said the temporary pause of prescribed fires will help them understand what happened in relation to recent prescribed fire escapes in New Mexico and elsewhere.

LINK: Get updates and more on this story at foxweather.com.