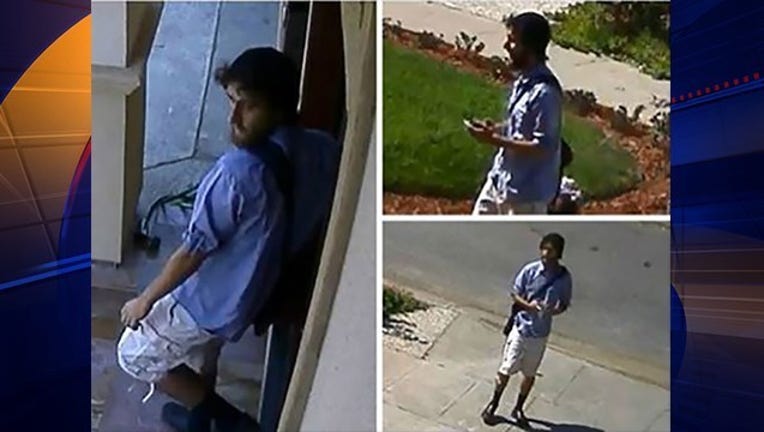 SAN JOSE, Calif. (KTVU) - San Jose Police released more pictures of the man who followed a 13-year-old girl home from school and then attacked her inside her house. KTVU spoke to a self-defense expert who said the case involving the 8th grader is a classic scenario, where someone grabs and pushes you into a wall.

"That dude needs to be off the street," said Matt Darcy who owns Guerilla Jiu-Jitsu. "Any dad or any guy in my situation would love to trade places with her."

Darcy teaches self-defense training to adults and children in San Jose. He said the first thing anyone in this situation should be aware of their surroundings, go to a public place and be loud.

"It's a natural reaction," said Darcy. "Home is safe for me, let me get inside my home. What he did was take advantage of it and get to a more private area."

Since the man got inside the home, he said, it was good the girl punched him saying it likely spooked him.

He said the second thing someone should do is to separate themselves or break free from their attacker. The final thing is to know your exits ahead of time on where to escape.

Neighbors in the area where the attack happened aren't taking any chances and keeping their eyes and ears open.

"Knowing there are those types of people here is alarming and concerning," said Neighbor Marcos Anton.

Police said the man followed a 28 year old woman into the Mitsuwa Market earlier this month. Nearby schools are also on alert in the area and are beefing up security.