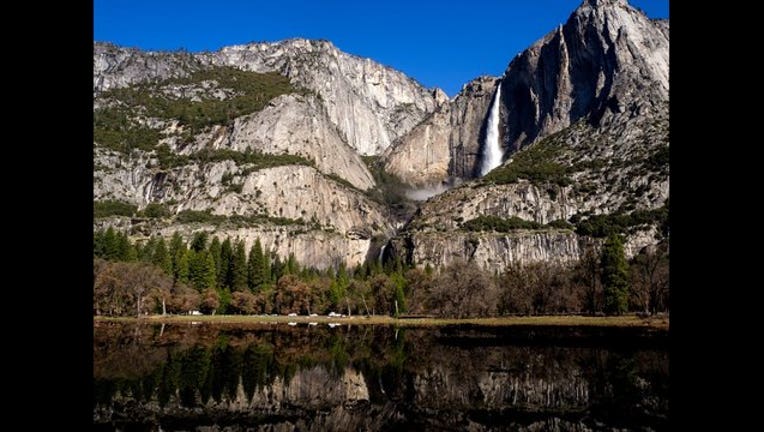 OAKLAND, Calif. (KTVU) - The Interior Department is backing down from a plan to more than double entrance fees at some of the nation's most popular parks, including Yosemite, thanks largely to public outrage.

The new plan announced Thursday would increase fees by $5 across-the-board for most seven-day vehicle passes, raising the entrance dues to $35 at all parks that charge visitors upon entry. It would take effect starting in June.

The initial proposal in October would have made entry fees $70 at 17 of the most visited parks, like Zion, Yellowstone and Yosemite. The increase was to help the National Park Service's roughly $12 billion infrastructure backlog. The new plan is expected to boost revenue by nearly $60 million annually.

The first plan drew a huge backlash from lawmakers and the public. Interior Secretary Ryan Zinke announced the increase and credited the Americans who spoke out in a statement Thursday. "I want to thank the American people who made their voices heard through the public comment process on the original fee proposal," the secretary said. "Your input has helped us develop a balanced plan that focuses on modest increases at the 117 fee-charging parks as opposed to larger increases proposed for 17 highly-visited national parks."

The National Parks Conservation Association analyzed 110,000 public comments and found that 98 percent were opposed to the dramatic increase.

“This is a prime example that activism works,” said Rep. Raul Grijalva (Ariz.), the top Democrat of the House Natural Resources Committee and a frequent critic of Zinke, per The Washington Post. “The American people raised their concerns, participated in the public comment period and made sure that the Trump White House knew that the proposal was unpopular. If it wasn’t for the power of the people, Secretary Zinke would have gone ahead with his ridiculous proposal.”

More than two-thirds of national parks will remain free to enter.