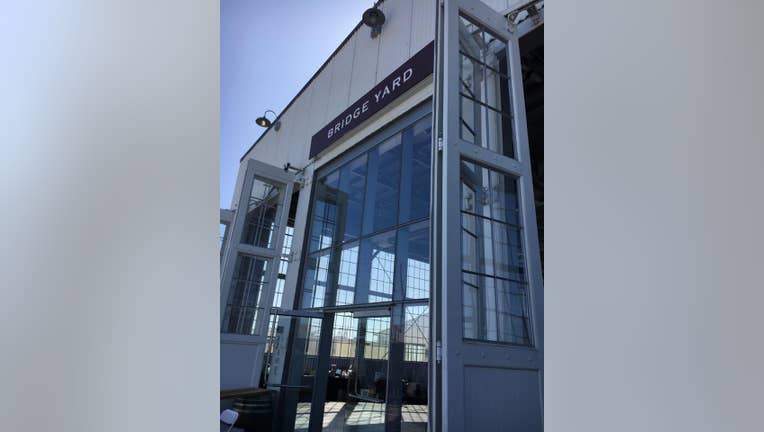 Entrance to the former train and Caltrans maintenance building renovated to host events.

The Judge John Sutter Regional Shoreline includes a 600-foot-long by 40-foot-wide public observation pier, a 24,000-square-foot former train maintenance building from the 1930s that was renovated to host large events, and amenities such as walking paths and a connection to the Bay Bridge Bicycle-Pedestrian Trail.

Park district officials said the park is the culmination of two decades of collaboration with agencies and organizations, including Caltrans, the city and port of Oakland and the San Francisco Bay Conservation and Development Commission. 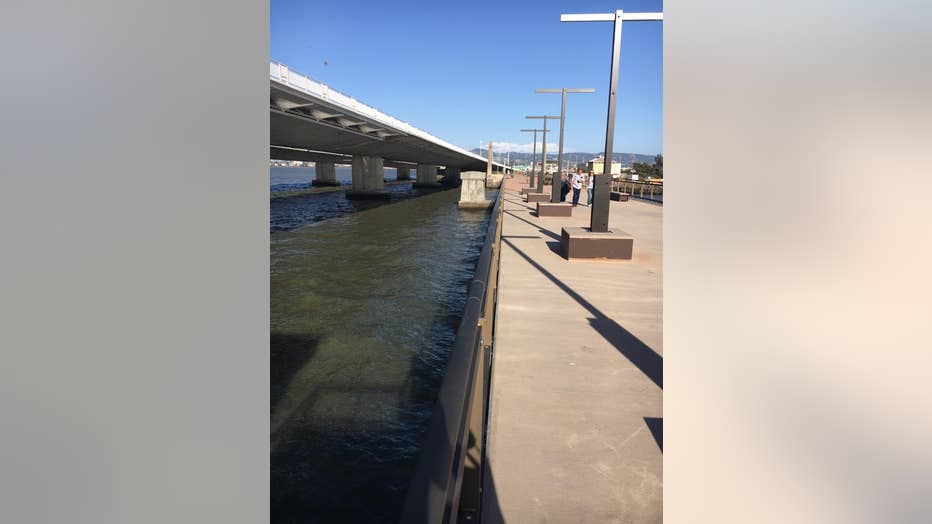 "Opening this park has been a landmark partnership between Caltrans, who has provided much of the land, the Bay Area Toll Authority who is provided much of the funding and the Park District who manages and operates world-class regional parks," said park district General Manager Robert Doyle.

The park is named for former district board member John Sutter, who first proposed a park at the site in 1967.

At that time, the area was active as part of the Oakland Army Base, which was in operation from 1941 until its 1999 closure. 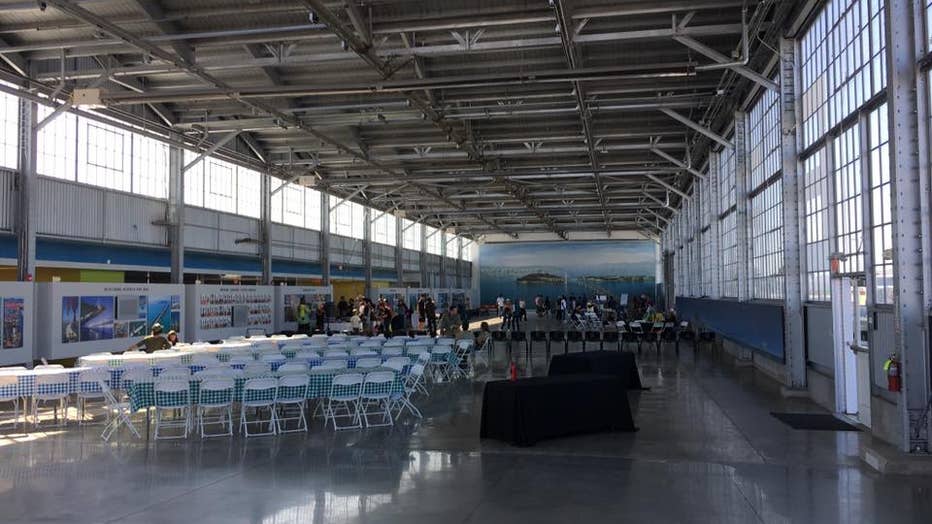 Interior of the former train and Caltrans maintenance building renovated to host events.

According to the district, the pier uses six of the piles from the old eastern span of the Bay Bridge.

"The new park is a shoreline gem for the entire region," district board member Dee Rosario said. 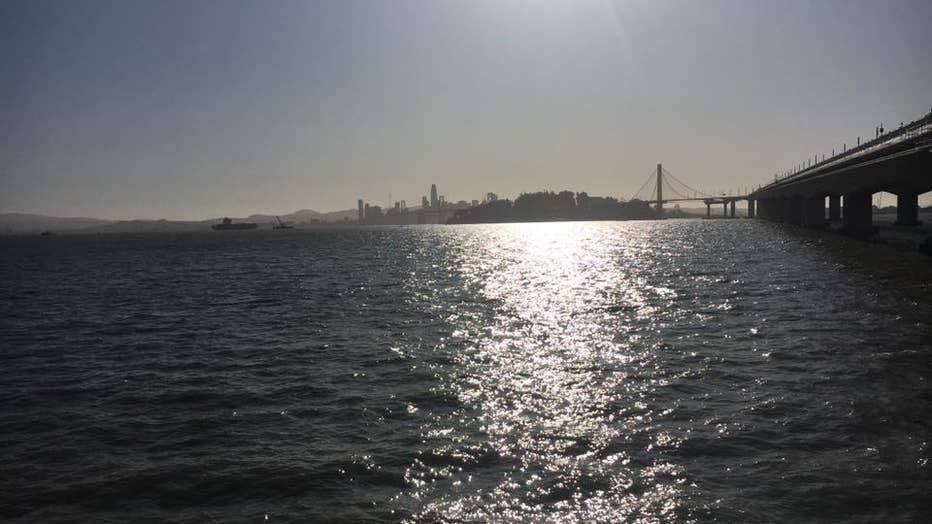 View toward San Francisco from the end of the pier at Judge John Sutter Regional Shoreline.