LOS ANGELES - California Gov. Gavin Newsom established a political committee Monday to begin raising money to defend his seat in a potential recall election, the strongest acknowledgment to date that he expects to be on the ballot this year.

The Democrat’s new fundraising arm could soon send a powerful message to his possible rivals: Under state rules, Newsom alone is allowed to raise money in unlimited amounts, while other candidates must adhere to contribution limits.

It’s likely he will soon receive a flood of cash from his familiar Democratic constituency, including powerful public worker unions that spent millions of dollars helping install him in office in 2018.

Organizers of the recall say they have collected over 2 million petition signatures to place the election on the ballot – about 1.5 million are needed for it to qualify, though hundreds of thousands must still be validated by election officials. 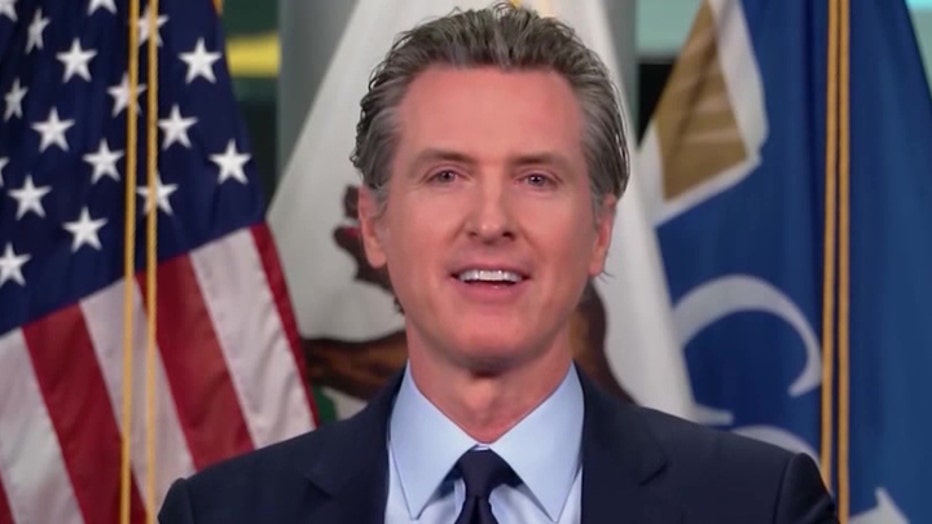 In a tweet, Newsom said, "I won’t be distracted by this partisan, Republican recall - but I will fight it. There is too much at stake."

Newsom has lined up support from state and national Democrats to defeat the campaign against him. The committee started the drive with an advertisement attacking the recall effort as a Republican power grab.

New Jersey Democratic Sen. Cory Booker said in a statement released by the committee that Newsom’s leadership during the pandemic "kept Californians safe and helped them recover financially."

Defeating the recall "will be one of the most important priorities for Democrats this year," Booker said.

Democrats have depicted the recall effort as seeded with extremists. However, recall organizers say 38% of petition signatures have come from independents and Democrats. That could not be immediately verified.

Newsom for months sidestepped questions about the recall, but has more recently started to ramp up his political operation and strategy.

He’s been traveling the state holding events to highlight coronavirus vaccinations, while a string of supporters have started staging online news conferences in an attempt to turn public favor his way.

The governor made his most direct comments to date on the recall last Friday in an interview with San Francisco’s KQED news radio station, depicting the effort as a challenge to his administration’s progressive policies and not a reaction to his leadership during the pandemic that has claimed over 55,000 lives in California.

Newsom received high praise for his aggressive approach to the coronavirus last spring, when he issued the nation’s first statewide stay-at-home order.

But in more recent months, he has faced growing public anger over health orders that shuttered schools and businesses and a massive unemployment benefits fraud scandal. He also took a public drubbing for attending a birthday party with friends and lobbyists at the exclusive French Laundry restaurant, while telling residents to stay home for safety.Two Republicans have announced their candidacies: Kevin Faulconer, the former Republican mayor of San Diego, and Republican businessman John Cox, who was defeated by Newsom in 2018.

Another name being discussed in GOP circles is former President Donald Trump’s then-acting director of national intelligence, Richard Grenell, who has not responded to requests for comment on a possible candidacy.

It’s not uncommon in California for residents to seek recalls, but they rarely get on the ballot — and even fewer succeed.

Asked about what direction the governor should take in light of the potential recall, Dee Dee Myers, director of the Governor’s Office of Business and Economic Development, said "as a governing strategy and as a political strategy, I think the governor just needs to do his job."

"He just needs to get up every day and do what he’s been doing, which is get vaccines distributed ... continue to invest in our business and help them recover and get kids back in school," said Myers, a former Warner Bros. executive who earlier served as former President Bill Clinton’s first White House press secretary. "I think that’s the path forward for the state to get through this and I don’t think anything else matters that much."

"It’s been a tough year for everybody," she added in an interview last week. "Some people are frustrated."