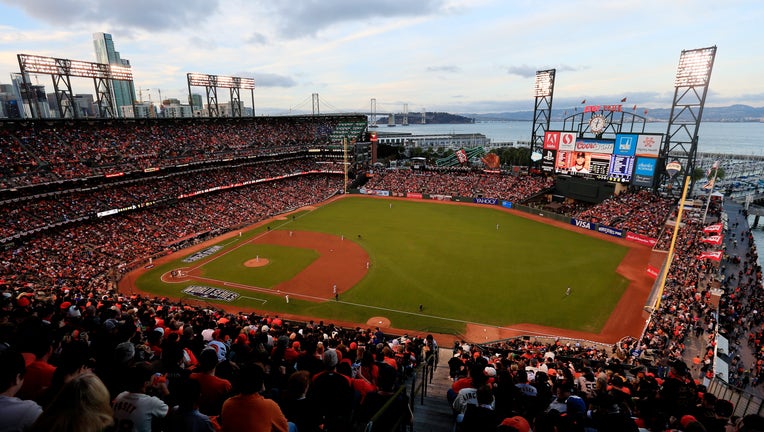 SAN FRANCISCO, CA - OCTOBER 24: A general view as the Kansas City Royals takes on the San Francisco Giants during Game Three of the 2014 World Series at AT&T Park on October 24, 2014 in San Francisco, California. (Photo by Rob Carr/Getty Images)

OAKLAND, Calif - Major League Baseball could see actual fans in the stands on Opening Day, not just the cardboard cutouts we've grown used to seeing during the pandemic.

Governor Gavin Newsom made the optimistic statement Wednesday while speaking in Long Beach.

Newsom said the state has been working with league executives on how to safely welcome back fans for every game this season.

Right now, no California counties with an MLB franchise are in the state's "Orange Tier," which allows for 20% capacity inside stadiums.

The MLB's Opening Day is on April 1 -- less than one month away.