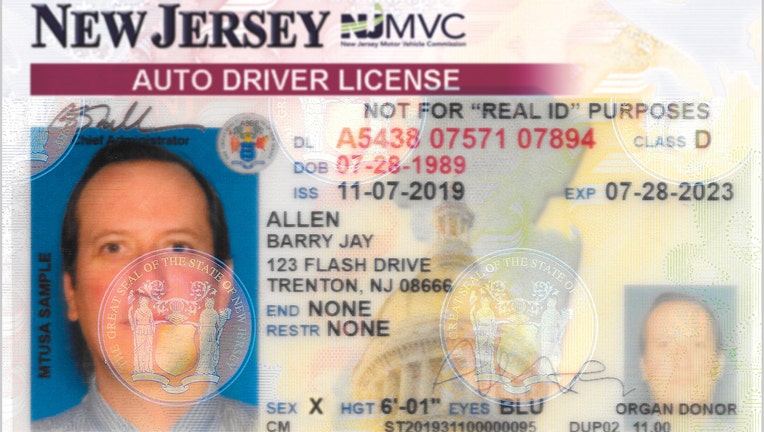 Gender "X" will indicate a gender is unspecified. It will be offered alongside the existing "M" for male and "F" for female gender options on licenses and IDs.

The additional category to driver licenses is so that NJ residents who identify as non-binary or prefer not to have their gender specified can do so.

"Diversity and inclusion are core values for New Jersey, and for all of us at the MVC. We know this new option will be deeply impactful for many residents, as access to resources and the ability to live and work freely so often hinges on having documentation that correctly reflects your identity," said MVC Chief Administrator Sue Fulton.

The implementation of a gender "X" option was delayed due to the COVID-19 public health emergency and was originally planned for late 2020.