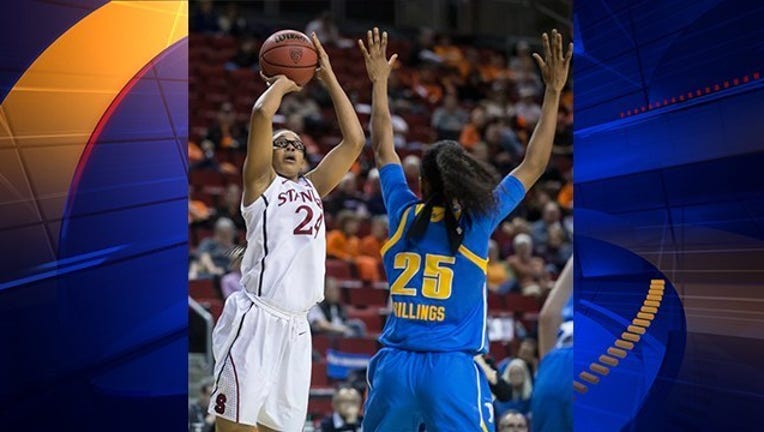 SEATTLE (AP) — Amber Orrange scored 18 points, Lili Thompson added 14 and No. 19 Stanford held off UCLA's late rally for a 67-62 win over the Bruins in the Pac-12 tournament quarterfinals on Friday.

Stanford (22-9) led by 12 midway through the second half before a 15-3 run by the Bruins pulled them even at 56-56 with 4:59 left on Kacy Swain's jumper. Stanford scored the next five points, but UCLA staged one last rally, pulling within 63-62 with 21.9 seconds left on Jordin Canada's driving layup following a turnover by the Cardinal.

UCLA nearly forced another turnover, but Stanford's Bonnie Samuelson hit a pair of free throws with 14 seconds left to push the Cardinal lead back to three. Paulina Hersler's 3-point attempt in the final seconds for UCLA appeared to be partially deflected and fell short.

Stanford, the third seed, will play No. 9-ranked second seed Arizona State in the semifinals on Saturday night. The Sun Devils swept the Cardinal in the regular season.