WELLINGTON, New Zealand - For a second consecutive day, New Zealand reported no new community cases of the coronavirus on Tuesday, raising hopes that a lockdown in Auckland will be lifted Wednesday. 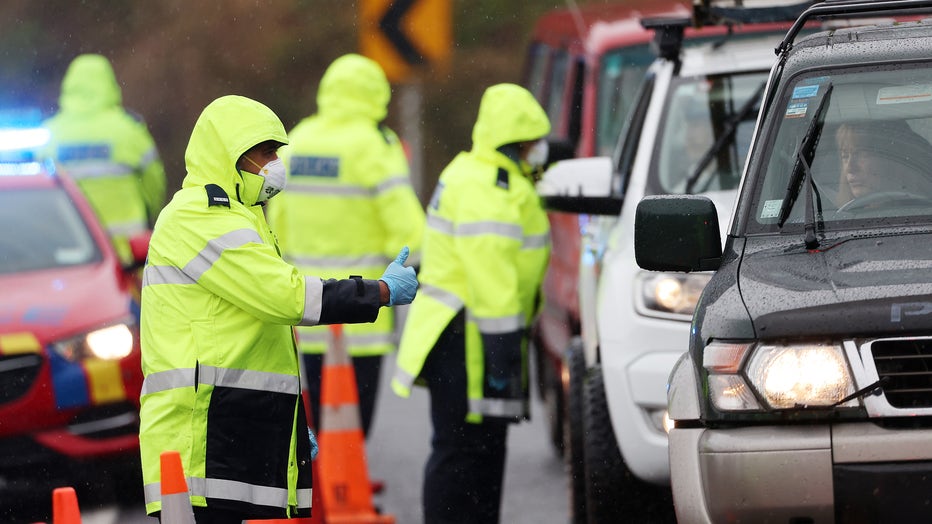 AUCKLAND, NEW ZEALAND - FEBRUARY 15: Police check reasons for travel to and from Auckland at a checkpoint north of Auckland on state highway one at Brynderwyn on February 15, 2021 in Auckland, New Zealand. Auckland is in alert level 3 COVID-19 lockdo

COVID-19 Response Minister Chris Hipkins said the final decision by lawmakers on whether to lift the restrictions will depend on any new information or cases that crop up over the next 24 hours.

"A day when we get zero positive test results is always a good day," Hipkins said. Health officials have been ramping up testing since the outbreak. On Monday, they administered more than 15,000 tests and processed the results of nearly 6,000.

The outbreak began when an Auckland mother, father and daughter caught the disease. The mother works at a catering company that does laundry for airlines, and officials have been investigating whether there is any link to infected passengers.

Genome testing showed the family caught the more contagious variant first found in Britain. The testing wasn't able to link the cases to any previous known cases in New Zealand.

The family's close contacts, including people at the mother's workplace and the daughter's high school, have so far all returned negative tests, officials said.

Director-General of Health Ashley Bloomfield said they hadn't yet come to any conclusions about the outbreak's origin. "Our intensive investigation around the potential source of transmission of all three cases continues," Bloomfield said. "We have a number of scenarios we are pursuing."

New Zealand's first batch of vaccine also arrived this week, a shipment of about 60,000 doses of the vaccine developed by Pfizer and BioNTech. Border workers will initially be prioritized, with inoculations due to begin Saturday.