Find out the top nods, surprises and more in this year's Oscar nominations.

LOS ANGELES - The nominees for the Academy Awards were announced Monday in Los Angeles.

Issa Rae and John Cho announced nominees in 24 categories that honor the best achievements in films released in 2019.

The nominees for documentary feature are: “American Factory”; “The Cave”; “The Edge of Democracy”; “For Sama”; "Honeyland."

The nominees for best animated feature film: “How to Train a Dragon: The Hidden World”; “Toy Story 4”; “I Lost My Body”; “Klaus”; “Missing Link.”

The nominees for best supporting actor are: Tom Hanks, “A Beautiful Day in the Neighborhood”; Anthony Hopkins, “The Two Popes,”; Brad Pitt, “Once Upon a Time ... in Hollywood”; Joe Pesci, “The Irishman”; Al Pacino, “The Irishman”.

The nominees for costume design are: “The Irishman;” “Jojo Rabbit;” “Joker;” “Little Women;” “Once Upon a Time ... in Hollywood.” 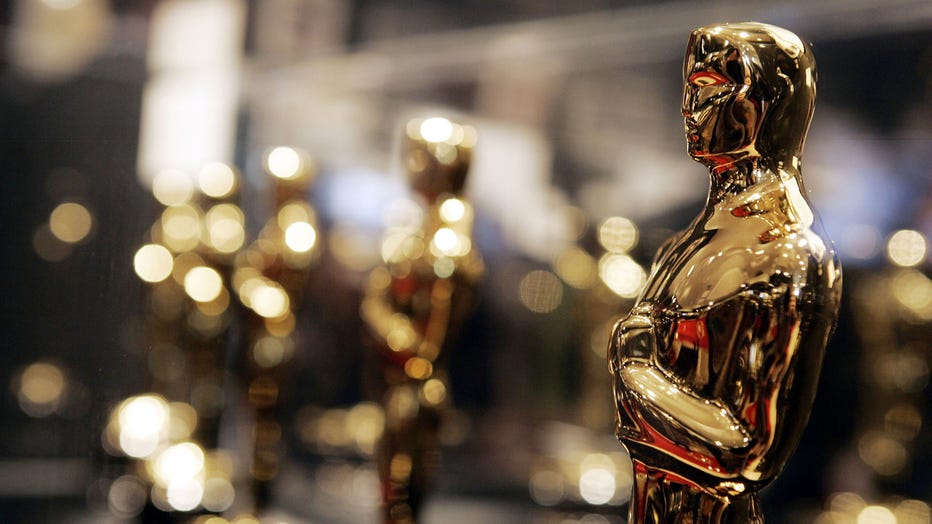 A file image shows Oscars on display at Hollywood and Highland on Feb. 10, 2006 in Los Angeles, California. (Photo by Kevin Winter/Getty Images)

This year's nominees will bring plenty of star power to the Feb. 9 ceremony — a good thing, too, since the show will for the second straight year go without a host.

The 92nd Academy Awards will take place Feb. 9 in Los Angeles at the Dolby Theatre. ABC will again broadcast the show, viewership for which last year rose 12% to 29.6 million.

RELATED: The Oscars to go host-less for 2nd year in a row