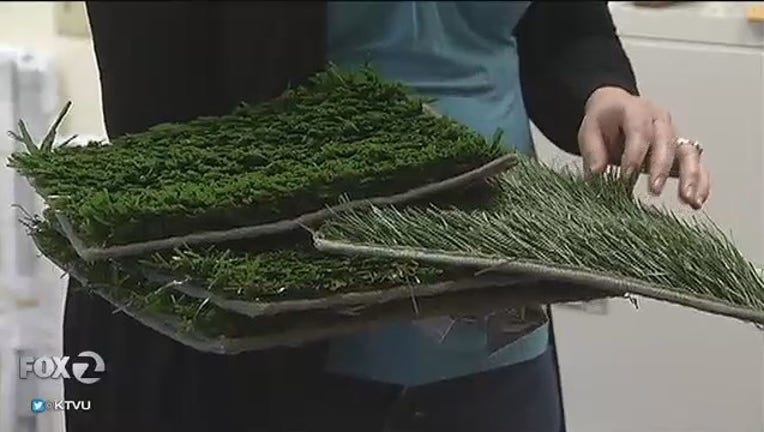 SEBASTOPOL, Calif. (KTVU) - The controversy surrounding new athletic fields with so-called crumb rubber filler has taken a turn in the North Bay that may seem more than appropriate in Wine Country.

The days are numbered for the grass football field at Sebastopol's Analy High School. The district has elected to install fields using cork.

The West Sonoma County High School District decided several years ago to revamp the stadiums and replace the fields at Analy and El Molino High School in Forestville.

They are pulling out grass and putting in synthetic fields because of "ongoing maintenance costs to maintain grass, the cost of water," said Jennie Bruneman, the district's director of operations.

The new fields will come with shredded cork filler, instead of the common crumb rubber filler. "Protecting our students is I think paramount to everything," said Bruneman.

Most new synthetic fields come with crumb rubber filler, which is made from old car tires.

KTVU has been investigating the potential health risks of crumb rubber for months. In one story, we spoke with a high school soccer goalie who developed thyroid cancer possibly - she says - because of repeated exposure.

"Every Monday, Tuesday and Thursday I spent since I was 7 years old on this field," says Delaney Frye.

A soccer coach at the University of Washington has compiled a list of athletes, mostly soccer goalies, who have also developed cancer.

"I still like grass. You like grass. I still want the grass. Good old grass," exclaimed Analy parent, Julie Felix-Walters. Her son plays football at Analy, so, she says the crumb rubber on other fields is more than a little concerning.

"Playing on it five days a week, six days a week, you're breathing it, it's getting in to your system, you're bringing it home, you're spreading it," she said.

To eliminate those concerns the district decided on the admittedly more expensive cork alternative.

"Other districts are going to be having this discussion and I imagine my phone will be ringing quite a bit, asking for what are your thoughts, how's it working out for you," said Bruneman.

Student athletes KTVU met off-campus were pleased to hear about the cork plan. "I think that's a better decision, so it's like safer for us," said a track athlete.

A senior on the golf team says, "I think that's definitely a safer decision. Think about the kids and everything."

The new stadium projects with the cork-filled fields are set to start this summer with completion slated for December. Of course that means no home games for either school this fall.