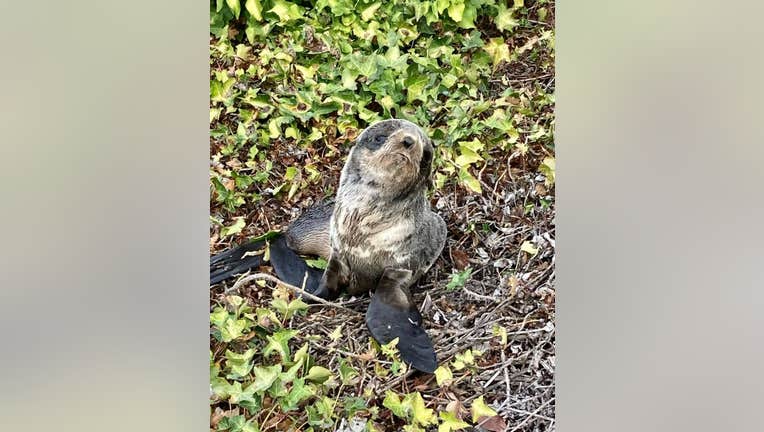 SAN RAFAEL, Calif. - A northern fur seal pup was rescued over the weekend in San Rafael, where the animal flapped across a road and narrowly avoided being hit by cars, police said.

The young marine mammal was first reported as an otter, in the area of East Francisco Boulevard and Grange Way on Saturday, according to the San Rafael Police Department.

The seal, dubbed "Ivy", was rescued by the Marine Mammal Center and taken to their facility in Sausalito to be cared for, officials said.

It's not known how the pup made its way onto San Rafael streets.

Northern fur seals spend almost all of their time in the open ocean, coming ashore to breed or if they are sick, according to the Marine Mammal Center website.

Their range extends throughout the Pacific, from Japan to the Channel Islands of California, with main breeding colonies found in the Bering Sea.