The Northfield Police Department is asking for the public's help finding a six-year-old girl after her mother was found dead in their home this weekend.

NORTHFIELD, Minn. (FOX 9) - The Northfield Police Department is asking for the public's help finding a six-year-old girl after her mother was found dead in their home this weekend.

Police said they responded to a call around 11:50 a.m. Saturday at a residence in the 600 block of Maple Brook Ct and discovered Lisa Wade, 39, who died of an apparent suicide. Authorities believe Wade may have been involved in the disappearance of her 6-year-old daughter Elle Ragin before she took her own life.

Witnesses at the scene told FOX 9 there was a large group of people searching cornfields by the townhouses and flying drones overhead yesterday. Agents from the Bureau of Criminal Apprehension were seen going in and out of the home Sunday morning. Sunday, the state police helicopter was also seen searching the area. Police say they have also used K-9 teams to search for Elle.

As of Sunday afternoon, Elle remains unaccounted for. Police are now asking for anyone who has seen or spoken with Elle or Lisa in the past two weeks to call the police department at (507) 645-4477. Police say two weeks ago was the last confirmed sighting of the mother. 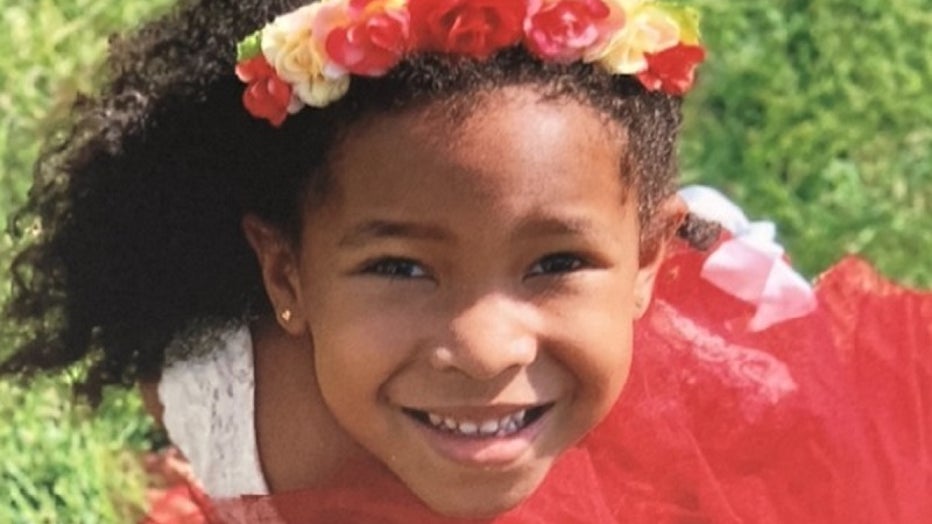 Ragin has curly brown hair and brown eyes. She stands at 3-feet-6-inches and weighs approximately 45 pounds, according to the Northfield Police Department.

The BCA is assisting with this investigation. An Amber Alert has not been issued in the case. Police say that is because they don't have any information about other suspects or a vehicle involved in the case – which they need to issue an alert. A missing and endangered missing person alert has been issued, however. Police say they have no other persons of interests in the case at this point.

Police are searching for a six-year-old girl after her mother was found dead Saturday inside their Northfield home.

Elle was a regular fixture in Mary Lou Wallaker's front yard, where the little girl watched Wallaker's dogs through the window. So Wallaker found it strange that it's been a few weeks since she last saw her little next-door neighbor.

"She was a beautiful little girl, real happy and real friendly, and I'd see her walking a little bit and run in the back," Wallaker said. "I hope she's someplace with somebody that's taking good care of her because her mom really took good care of her. She was always very clean and just well-mannered."

It is with great sadness that I am sharing this news. I was notified by the Northfield Police Department (NPD) this morning that a Prairie Creek parent, Lisa Wade, was found dead of an apparent suicide. NPD is asking for the community’s help in locating her daughter Elle Ragin who is currently missing. Elle is a student (just completed first grade in the Doves classroom) at Prairie Creek.

I’ve attached the Press Release that has been provided to the community by the police. NPD is asking community members who saw Lisa Wade or Elle in the last two weeks to contact them at 507-645-4477.

While I know there will be many questions, the information shared in the press release is all we know at this time.

This is exceptionally difficult news to process for us all. I know that all our school community members will share my sadness at this news and deep concern for Elle’s well-being. Again, please contact NPD if you have helpful information.